AND AN APPEAL TO RECTIFY OUR ACTIONS 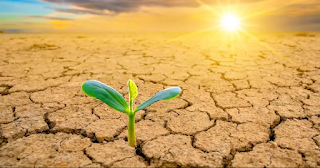 Advices given during the KZN Safr by

“And if you count the bounties of Allah, you cannot count them all…”

Rasulullah Sallallahu’alayhi wasallam said: “How wonderful is the matter of the (true) Believer! All his conditions are good. Nobody else has this (privilege) besides the Believer. If he experiences prosperity, he is grateful and that is good for him, and if difficulty afflicts him, he is patient and that is good for him too.”[1]

In the aftermath of a week of turmoil, destruction and anarchy (in KZN, South Africa), we, as Believers, should not lose sight of the innumerable bounties from Allah Ta’ala, which are still intact. Despite the material damage and immense losses, there is still so much to be grateful for.

Alhamdulillah, Allah Ta’ala protected our greatest, greatest asset and possession, our Imaan and Islam! Nothing can compare … everything in the world together cannot compare to the extent of an iota to these great gifts. They are intact; next to which every other loss becomes insignificant!

Allah Ta’ala protected our lives. …In what we have of life, we can easily regain and even surpass what we had by the Will and Permission of Allah Ta’ala, In'sha-Allah! Allah Ta’ala’s Infinite Kindness, the respect of our women was kept protected and our children too are safe! … Things could have been so much worse. In reality, there is so much to make Shukr for and really so little to make Sabr on! May Allah Ta’ala grant us Sabr, on which He will definitely grant us such rewards, which we can never imagine – not only in the Aakhirah; even in this worldly life. Aamien thumma Aamien!

Grief and sorrow are only natural. May Allah Ta’ala grant Sabrun Jamiel to all who have suffered losses. The hurt is felt by us all. Nabi Sallallahu ‘alayhi wasallam said: ‘The Believers in their mutual mercy, love and compassion are like a body, when one limb is in pain the rest of the body joins in sleeplessness, fever and restlessness’[2]

The entire Ummah feels for our brothers and sisters who are afflicted with difficulties and tribulations, wherever in the world they may be. Our hearts bleed and tears flow from our eyes! May Allah Ta’ala restore everyone to his previous conditions and even better and far superior, with ease and comfort and very soon! Aamien, thumma Aamien!

Allah Ta’ala gives glad-tidings to those who patiently persevere and pass the tests of this worldly life:

“Give glad-tidings to those who patiently persevere. And when any trial reaches them, they say: ‘Inna Lillahi wa inna ilayhi raji-oon (from Allah we have come and to Him is our return).” They are those on whom are the benefactions of their Lord, and receive His Mercy, and it is they who are the guided ones.”

At the same time, we must take lesson from our history. We must not forget that the Ummah went through much more in tests and trials; and experienced severe conditions. History is filled with such incidents! At the time of the partition of India and Pakistan, there was excessive loss, hardships and suffering. We also take lesson from the tragic history of the Muslims in Burma. They lived extremely extravagant and lavish lives, were indifferent to the teachings of Dien – and then such disaster befell them, that they were reduced to abject poverty. Going further into history, the invasion of Baghdad by the Tartars is yet another example. Severe trial was afflicted upon the Muslims. That was the outcome of oppression by the Muslims.

THEY PLAN AND HE ALSO PLANS

There may be many theories or facts, but have confidence and full Yaqeen in the Ayah:

“And they plan and He (Allah) also plans; and Allah is the best of planners…”

We should never lose sight of the fact that Allah Ta’ala is the Greatest. Everything is in His Control. We do not have to fear the plotting of atheists and Kuffaar, and go on, making a big hype about it. When Allah Ta’ala’s Plan manifests, their plans are null and void.

We, as an Ummah, throughout the world, need to take stock of our selves. This is a time and opportunity for introspection. Generally, conditions come on us according to our actions. What we say, do, etc. goes up and accordingly conditions come down.

When we assess the destruction and mayhem that has taken place, we should trace its origin.  We can call out government leaders and parties and blame them, but the origin is in our disobedience to Allah Ta’ala. The root cause is our sins.

We should thus reflect over and sincerely make amends regarding:

1.)   The condition of our Salaah; its quantity and quality. And of course, performing the Salaah, in Jamaat, in the Masjid, as taught and established by Rasulullah Sallallaahu ‘alayhi wasallam.

We are understandably angry about the looting and wholesale theft that took place but the Hadith mentions that the worst thief is one who steals from his Salaah. Allahu Akbar! If we are stealing from our Salaah, by reading hastily and negligently, not completing the Ruku and Sajdah, then this is far worse.

2.)   Check if we have discharged our Zakaat, for non-payment of Zakaat warrants loss in wealth and property. Likewise, check if we observe the other Commands of Allah Ta’ala directed to us, in respect to Qadha fasts, etc.

3.)   If we are dealing in interest/usury, to sincerely repent and give it up. For Allah Ta’ala declares war on those who transact in interest. This war is exhibited in different ways. ...Similarly, if there is corruption in our business dealings – lies, deceit, false oaths, short weight and measure, bribery, fraud - and if there is mistreatment to our employees and they are not being paid properly – then most definitely, this is spelling out our destruction.

Rasulullah Sallallaahu ‘alayhi wasallam said: “When Zina (adultery / fornication) and Ribaa (Usury) becomes rampant in the people of a town, they themselves invite the punishment of Allah.”

5.)   Have we given up intoxicants – in the form of alcoholic drinks and drugs - and gambling? These sins pave the way to more sins and self-destruction.

6.)   Are we following the Sunnah lifestyle or the western, modern, immodest way of life? If it is the latter, then we invite Allah Ta’ala’s displeasure and curse.

Let us appraise our dressing, as well as that of our womenfolk - for Allah Ta’ala’s Command is that we be modestly attired. Our women should also be concealed as is Allah Ta'ala's directive, for their own protection, from harassment, stalking and abuse. It is not appropriate – in fact, it is Haraam - that photographs and videos are posted, which makes them vulnerable and susceptible to a lot of harm and mischief.

Have we adopted the simplicity of the Sunnah in our Nikahs or have we forsaken it in lieu of extravagance and lavishness? If we are spending thousands and millions on such occasions then this too has proven to be the total undoing and ruin of people and destruction of their wealth.

7.)    Have we disregarded commanding the good and forbidding the wrong, which has very serious repercussions! Do we implement the Divine Command to enjoin good and forbid evil (Amr-bil-Ma’roof and Nahy anil Munkar), even in any moderate way, with our own family, students, friends and others? Or are we guilty of promoting the vice and inhibiting the virtue, particularly in the upbringing and education of our children?

Rasulullah Sallalaahu ‘alayhi wasallam said: “By the one in whose hand is my soul, you will enjoin good and forbid evil or else Allah will soon send the punishment upon you. Then you will supplicate to Allah and he will not accept it from you.”[3]

8.)   If our parents are alive, are we fulfilling their rights, treating them kindly and serving them as we are instructed to do? If we are violating their rights, neglecting, mistreating or abusing them – which is common in these days – then the Hadith mentions a two-fold punishment, in this world and in the next.

...If they have passed away, we are directed to make Isaale-Thawaab for them and Dua.

Similarly, are we fulfilling the rights of wife, husband, neighbours and others or neglecting those rights?

When we introspect, perhaps all of us have had a hand in the destruction of the Ummah, with our different sins. May Allah Ta’ala forgive us.

1.)   Keep the Masaajid open. Return to the Masjid, because our recourse is the Masjid.

Open the Masaajid, establish the A’maal of the Masjid, and Allah Ta’ala will close those doors of Azaab.

There were first hand reports that when the Masaajid were opened, during this period of turmoil, immediately, conditions changed for the better and calm began to prevail! We must take lesson and never make this mistake again, of closing the Masaajid. We should repent for having been party to such Zulm (oppression).

2.)   We should most definitely read at least 2 Rakaats of Salaat-ush Shukr for the bounties which have been preserved and safeguarded, for Shukr will increase those bounties and also be a means of their protection.

3.)    Jamaats should be dispatched. Hadhratjee, Moulana Muhammad Yusuf (Rahmatullahi ‘alayh) would dispatch Jamaats even during trying and difficult times. He explained: “It is my conviction that peace and tranquillity will prevail wherever the Jamaats will go.”

4.)   The ladies should establish Ta’liem in their areas and in their homes and be regular on this practise. Similarly, do Ta’liem of the Seerah of Rasulullah Sallalaahu ‘alayhi wasallam and recite abundant Durood Shareef as this too offers protection.

5.)   Continue to give Sadaqah (charity) for it wards off calamities and is a great protection.

6.)   Adopt Taqwa in all affairs for Allah Ta’ala promises relief and an exit from all difficulties and other multiple benefits and blessings.

Once we are back on our feet, and very soon In'sha-Allah, let us determine if those very people who caused this loss to us, be in a position of need and help. May Allah Ta’ala save us from conditions of poverty and homelessness. Let us be the first to reach out to those in need and distribute all commodities of necessities to them with a smiling face, saying what Hadhrat Yusuf (Alaihis Salaam) said:

And let us place the blame squarely on shaytaan who instigated them with what was done!

Allah Ta’ala grant us the Taufeeq of rectifying our lives, returning to the beautiful, perfect teachings of the Qur’aan and Sunnah, and make us true flag-bearers and representatives of our Dien. Our success and salvation lie only in Dien.