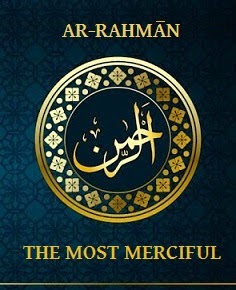 Allah Ta’ala says in the opening verses of Surah Ar-Rahmaan:

“The Most Merciful, Taught the Qur'an.”

One of Allah Ta’ala’s attributes and noble names is “Ar-Rahmaan”. ...Who is Ar-Rahmaan? Ar-Rahmaan is the Most Merciful; the One who treats His Creation with gentleness, compassion and kindness and wishes mercy for all of His creation, everywhere, at all times. His Mercy is unlimited and continuously descends upon His Creation. His Mercy encompasses all and everything:

The greatest favour of “Ar-Rahmaan" is teaching the Qur’aan Sharief – because it is through the Qur`aan Sharief that man is guided and directed to righteousness, and ultimately gains salvation.

Our Sheikh, Hadhrat Moulana Hakim Muhammad Akhtar Saheb (Rahmatullahi 'Alayh) had mentioned a beautiful point in regard to these Ayaat (verses): That we, who are occupied in the service of teaching the Qur`aan Sharief, should take the lesson that in teaching the Qur`aan Sharief, the quality of mercy is to be employed. The quality of mercy and kindness must be dominant!

It is related in a Hadith that Allah Ta’ala inscribed above His Arsh (Throne), the words:

Rasulullah (Sallallaahu ‘alayhi wasallam) said: “The merciful ones will be given mercy by the All-Merciful. Be merciful to those who are on this earth, and the One in the heavens will have mercy on you.”[2]

Sadly, we hear and come across incidents of some teachers, who become angry and are even abusive – verbally or physically, when teaching. …Those who give vent to their anger – in any which way their nafs (ego) desires – should understand that harshness, hardness and being physically or verbally abusive is a sure way to destroy one’s relationship with one’s students and to undo the great rewards that accrue in teaching Dien. It also earns Allah Ta’ala’s anger and invites punishment.

Hadhrat Moulana Ashraf Ali Thanwi (Rahmatullahi 'Alayh) had said that it is Haraam (forbidden) to hit children when teaching them Hifz.

A student entrusts himself and hands himself over to his teacher, with the objective to learn from him. I usually say that if a teacher then abuses that relationship and he hits the student, then even if that student becomes an excellent Hafiz, the hard attitude of the teacher can easily lead to the student developing a hatred for the Qur’aan Sharief, a hatred for the Ustaadh (teacher) and a hatred for Dien. If the end result is hatred, then we have failed miserably.

On the other hand, if the student did not become a Hafiz, but due to the good character – the mercy, kindness and compassion of the teacher - he loves the Qur’aan Sharief, loves Dien and he loves the Ustaadh, then such a teacher is 100% successful!

Hadhrat Moulana Masihullah Saheb (Rahmatullahi 'Alayh) had told me, with great attention and emphasis, that to become Hafiz is not Fardh. However to become obedient to Allah Ta’ala, to become pious and righteous is Fardh. …Sometimes, a student tries memorising the Qur`aan Sharief, but struggles in his efforts and is unable to do so. So we should keep in mind that even if he does not become a Hafiz, he should leave us as a friend and Lover of Allah Ta'ala. This will be achieved if we, who are teaching  Dien, become friends and lovers of Allah Ta'ala.

Hadhrat Abu Hurayrah (radhiallahu 'anhu) had narrated that Rasulullah (Sallallaahu ‘alayhi wasallam) said: "Indeed Allah is gentle and loves gentleness, and gives to gentleness that which He does not give to harshness."[4]

‘Thus, it is due to mercy from Allah that you deal with them gently. And had you been rough or hard-hearted, they would certainly have dispersed from around you…’
[Surah Aal-Imraan 3 : 159]

Mufti Muhammad Shafi Saheb (Rahmatullahi 'Alayh) had explained in his Tafsier, Ma’ariful Qur’aan, that harshness in behaviour or language, is poison for that person who is engaged in the work of Dien or is an Imam entrusted with the duty of conveying the message of Allah Ta’ala to others. Being harsh, severe, rough or even cruel wipes out a good end result and turns an opportunity for achievement into failure.

Allah Ta’ala says in this Ayah that if Rasulullah (Sallallaahu ‘alayhi wasallam) had been harsh, his companions (Radhiyallaahu 'anhum) would have dispersed – they would have left him. …This much should be sufficient for any teacher to understand that he would lose his students, or they would become distant from him, if his approach is severe and hard.

Ultimately, harshness would be detrimental to the person himself because his knowledge will then not benefit others - if people keep away. This reminds me of an incident related by our Sheikh (Rahmatullahi 'Alayh):

When Hadhrat Hasan Basri (Rahmatullahi ‘alayh) was born, his mother took him to Ameerul Mu’mineen, Hadhrat Umar (Radhiyallahu 'anhu) for Tahneek. …Tahneek is a Sunnah, another special practice in Islam, where a pious person chews a piece of date or anything sweet and places it onto the palate of the child. Together with this, the pious person is requested to make Du‘aa for the child. It is hoped that the effects of the piety of the person will fall upon the child and he will grow up to be pious and righteous.

After the Tahneek, Hadhrat Umar (Radhiyallahu 'anhu) made two Duas for Hadhrat Hasan Basri (Rahmatullahi 'Alayh). These were:

1.)  O Allah, give him a deep understanding of Dien. Make him an Aalim, a Faqih.

SubhanAllah, what a wonderful, comprehensive Dua!

And We have not sent you, [O Muhammad (Sallallaahu ‘alayhi wasallam)],
except as a Mercy to the worlds.
[Surah Al-Ambiyaa 21 : 107]

And Allah Ta’ala mentions that one of the duties of Nabi (Sallallaahu ‘alayhi wasallam) – who is this Mercy to the worlds - is teaching the Qur`aan Sharief :

“He it is who sent among the unlettered ones a Messenger (Muhammad (Sallallaahu ‘alayhi wasallam)) from among themselves, reciting to them His Verses, purifying them  (from the filth of disbelief and polytheism), and teaching them the Book (this Qur`aan, its Laws and Jurisprudence) and Al-Hikmah (The Sunnah). And verily, they had been before in manifest error.”
[Surah Al-Jumu’ah  62 : 2]

SubhanAllah! We see, in so many different ways, that we are being taught that mercy is the key quality for a teacher – especially for that person teaching Dien and even more so, for the person who is teaching the Kalaam of Allah Ta’ala.

Of course, there is a need for discipline and correction. There is a need to establish rules. There are times when a teacher has to be firm. However, a good teacher will think before taking any disciplinary measures. He or she will exercise prudence and caution in his relationship with his students and will not just reprimand or punish, off the cuff.

In fact, when angry or frustrated, the best course of action is to remain silent. When the anger has subsided, then a decision can be made – otherwise an unjust reprimand or punishment will only bring about harm to oneself.


We should also reflect if our anger is due to our nafs or due to a sincere desire that the student progresses. Often it is our nafs and if it is due to our nafs, then that would be Zulm (oppression). And Allah Ta’ala does not tolerate Zulm.

On one occasion, whilst in Makkah Sharief, Hadhrat Moulana Shah Masihullah Saheb (Rahmatullahi 'Alayh) was asked: “Must we be only soft and let everyone just do what they want to?!”

Hadhrat Moulana (Rahmatullahi Alayh) replied: “When did I say that you must not put the wrong, right? I say: Don't do so in the state of anger. …Keep four things in mind:

2.) Never use foul language, or be vulgar or oppressive.
3.) Explain to the person the wrong he has done. …In many cases the person is not even
aware that he has done anything wrong.
4.)  Explain the solution to the problem, so that it does not recur in the future."

On one occasion, a great Aalim and Sheikh reprimanded his student, more than was called for. Due to this excess in reprimanding, the Sheikh himself was deprived of reading his Fajr Salaah the next day. He missed reading Fajr, in its time. He was deprived of Fajr Salaah in Jamaat the day thereafter. On realising his error, he sought forgiveness and made amends.

In conformity with the Sunnah, a teacher will be mild in his temperament, yet firm on the Commandments of Allah Ta’ala. There should be no laxity and no disregard when it comes to the Commands of Allah Ta’ala. There should be no compromise in regard to Dien. We should not condone, accept or allow any wrong-doing. Of course, we should be tactful in dealing with such situations. ...There are different narrations which disclose those times where Rasulullah Sallallaahu alayhi wasallam expressed his disapproval and displeasure, and corrected the Sahaba-e-Kiraam (Radhiyallahu 'anhum)

A teacher will also smile at his students and be cheerful – so that he is approachable and accessible to his students, that they may feel comfortable to ask him questions and discuss with him.

Due to his kindness and compassion, Rasulullah (Sallallaahu ‘alayhi wasallam) would speak about matters besides Dien; worldly matters that related to his companions (Radhiyallaahu 'anhu). By accommodating the Sahaba-e-Kiraam (Radhiyallaahu 'anhu) and others, love increased and naturally, where there is love, there is obedience. This was the wonderful understanding Rasulullah (Sallallaahu ‘alayhi wasallam) taught us of human psychology. He sought to make people feel at ease and comfortable because by doing so, the people would derive maximum benefit.

Those teachers who are wont to be abusive to their students should reflect over the concern and fear for accountability and the Hereafter, as well as the justice that Rasulullah (Sallallaahu ‘alayhi wasallam) possessed.

On one occasion, during Rasulullah (Sallallaahu ‘alayhi wasallam)’s last illness, he sat on the mimbar and addressed his Sahabah (Radhiyallaahu 'anhum). After praising Allah Ta’ala, he said:  “If I have ever beaten any of you on his back, let him come and avenge himself by beating me on my back. If I ever abused anyone, let him come and abuse me. To dispute is not part of my nature, nor does it appeal to me. The one of you who is dearest to me is the one who has a right against me and claims it. By so doing, he releases me, and I will be able to meet Allah with nothing held against me by any person.”

May Allah Ta’ala grant us the understanding, bless us all with the noble character and demeanour of Rasulullah (Sallallaahu ‘alayhi wasallam) and the Taufeeq of following in his footsteps in teaching Dien and interacting with others.