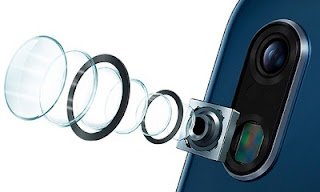 Digital Photography | The End Result; Not the Means to the End

Picture-making of anything animate, in whichever form it is done in – whether with a pen, pencil, paint-brush, camera, cell-phone – is Haraam. …The warnings found in the Ahadith are very clear regarding picture-making or photography of animate objects. The same prohibition applies to sculpting. Artists use material such as wood, clay, metal, etc. to sculpt human figures and other animate objects.

Digital photography is merely advanced imaging… like how we have the microwave, pressure-cooker, air-fryer, etc. which are advanced ways of cooking food. The same can be said about so much else: Transportation has evolved. Similarly, communication has evolved: Initially to write required ink and a reed pen, which progressed to the quill, thereafter the ballpoint pen, fountain pen and we now live in the age of digital and smart pens. Over many centuries, there was papyrus, parchment and paper used for hand-writing. Then came the eras of the typewriter, telegram, fax, email, sms, Whatsapp, etc. – all to communicate with others. The same work is achieved but through innovative and advanced means.

It is surprising that many focus on the process and procedure of digital photography and declare the end result as permissible. If one has to consider the means to the end, then previously, wine was not made with the same equipment or with the same levels of hygiene as is made in these times. It was also common for people to crush grapes with their feet, in order to make wine… something many wine-drinkers will not accept or tolerate today. Now, there is modern machinery used in wineries to do this work. However, despite the advanced means and high hygiene standards adopted, it will always remain Haraam.

Pigs are known for their dirt and filth. Nowadays, in the sector of pig-rearing, there are many conditions that have to be met (which are generally not met), which include hygienic pig management and breeding, cleaning, disinfection, and so forth. There is even, what is called, ‘pure free-range pig farming’ or ‘organic pork’ products. Even if pigs are kept in the cleanest conditions, the different pork products which are processed will not be Halaal. They will be categorically Haraam.

Often, the same digital pictures are found in printed form – in newspapers, magazines, pamphlets, etc. What was the determining factor for the permissibility – that is, it is just dots - is then liquidated and obliterated, because it finds its way to print form. The possibility of Tasweer (image-making) is evident and indisputable.

May Allah Ta’ala guide us and protect us.