Unity in the Efforts of Dien 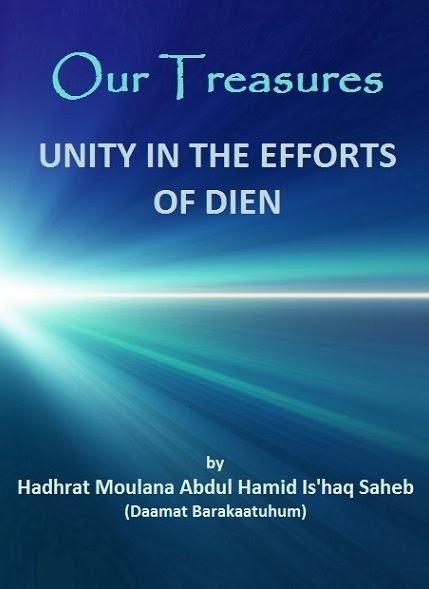 "All efforts of Dien are required. If a person can involve himself in any work of Dien, he should join in and make the relevant effort.

Those who are more versatile, and can manage participating in more than one effort, should Masha-Allah, continue, and strive to participate in as many efforts as possible. An ability of this nature should not be limited.

One should not give preference to Dunya; preference should be given to the effort and Khidmat (service) of Dien. Basically, one should do all one can, and as much as one can in the Khidmat of Dien.

What is important, even though one is limited in his capabilities of assisting with Dieni efforts, is to support all the other efforts by way of Dua. One should also render moral support to all the other noble efforts of Dien as well. One should not criticize other works of Dien nor those who strive in any particular effort of Dien."

Every Rakaat of Salaah: A Flight to Allah Ta’ala 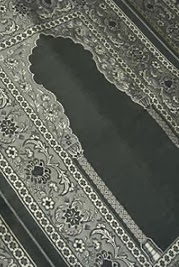 Our respected Shaykh, Hadhrat Moulana Hakeem Muhammad Akhtar Saheb (Rahmatullahi ‘Alayh) had presented to us, a unique analogy in explaining the reality and beauty of Salaah.

Salaah has been described as: “As-Salaatu Mi’rajul Mu’min” – the Ascension of the Believer. In the light of this description, Hadhrat Moulana (Rahmatullahi ‘Alayh) used the analogy of flight travel.

Before take-off, an announcement is made to wear one’s seatbelt, the “fasten seat belt” light is turned on, directing to the same, and the screen in front of one’s seat, shows the passenger how neatly one end of the buckle goes into the other. If passengers are heedless of these safety measures, they may have to contend with some injury at the time of take-off, or during turbulence, etc.

Similarly, when it comes to Salaah, we have been taught to ‘buckle' up! …The Sunnah  manner when folding the hands is:

Whilst the aeroplane will only be flying to an altitude of about 8000 / 9000 metres, we are taking off for a flight to Allah Jalla Jalaaluhu.

Negligence in “buckling up” will result in loss of concentration, and stray and wayward thoughts – which will then enter our minds.

On nearing our destination, when traveling by plane, the captain announces that all should prepare for landing. …In regard to Salaah, we will not be landing in any other city or country on planet earth; rather our destination is Allah Jalla Jalaaluhu. Our flight is a spiritual one, which transfers us to the Court of Allah Ta’ala. SubhanAllah!

From the position of Qiyaam, we move into the posture of Ruku. We bow down, holding our hands firmly on our knees - in preparation for “landing”.

…As we traverse distance with a physical journey of this world, our anticipation and happiness increases. So too, as the Musalli covers “distance” – moving from Qiyaam, to Ruku, to Qauma – his anticipation increases, knowing that the destination is approaching, is nearing.

After fulfilling the posture of Ruku and Qauma, we move down – “landing” at the ‘feet’ of Allah Jalla Jalaaluhu – so to speak. (Allah Ta’ala is free of shape and form).

The Hadith states : “A person in Sajda is nearest unto Allah.”

This is our beautiful landing before Allah Ta’ala. This prostration is what grants us extreme closeness and establishes a deep bond with Allah Ta’ala.

Allah Ta’ala is directing us to Sajdah, informing us that in Sajdah, we will attain great and immense closeness to Him.

So this is our Salaah, our Mi’raj : Every Rakaat of every Salaah is a flight which takes us directly to Allah Jalla Jalaaluhu. SubhanAllah.

Our good fortune and privilege is that this opportunity is afforded to us five times a day and more, with Sajdah being made twice in every Rakaat. SubhanAllah! If only we would recognize Allah Ta’ala’s Benevolence and Generosity in giving us the honour and favour of drawing near to Him so many times, and enjoying the sweet pleasure of being close Him - The Only True Beloved.

The postures of Salaah, which are Mustahab (preferable), have so much value in them – Allahu Akbar! What then about the Sunnats, Waajibaat and Faraa’idh? …What a priceless gift has Allah Jalla Jalaaluhu given us in Salaah[4].

May Allah Ta'ala grant us the Taufeeq of appreciating and of improving our Salaah, such that we too experience the sweet pleasure of Sajdah, and of being so close to Allah Ta'ala. 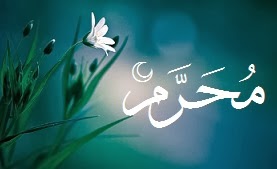 THE DAY OF AASHURA (10th of MUHARRAM)

Hazrat Abdullah ibn Abbaas (Radhiyallaahu Anhu) said: “I did not see Rasulullah (Sallallaahu ‘alayhi wasallam) anxiously await the fast of any day, which he gave preference to over other days, but this day, the Day of Aashura.”

It is mentioned that when Rasulullah (Sallallaahu ‘alayhi wasallam) arrived in Madina Munawwarah, he found the Jews fasting on the Day of Aashura and enquired of them: ‘What is this day on which you fast?’

BEING DIFFERENT TO THE JEWS

“When Rasulullah (Sallallaahu ‘alayhi wasallam) observed the fast of the day of Aashura and ordered (his Companions) to fast, they said: `O Rasulullah! It is a day revered (glorified) by the Jews and Christians.’

Thereupon Rasulullah (Sallallaahu ‘alayhi wasallam) said: “The coming year, if Allah wills (I remain alive), I will surely fast on the ninth (also).”

Rasulullah (Sallallaahu ‘alayhi wasallam) said: “Observe the fast of Aashura and oppose the Jews. Fast a day before it or a day after.”

“One who generously spends on his family on the day of Aashura,
Allah will increase (his provision) for the whole year.”

THERE ARE SIGNS of Allah Ta'ala's Greatness and power in everything, if a person reflects and contemplates the creation' himself included.

The bees and the flowers initiated an amazing business: manufacturing honey. And how successful a venture!

The bee collects nectar from its suppliers – the flowers; then stores it in honeycombs and in this manner, manufactures a substance which is in high demand by man – because of its wonderful curative and other properties.

Allah Ta’ala chose the bee – a small, little creation – to be a means of the mass production of honey, throughout the world. However, the bee did not go to any school or university to learn the method of making honey.  It is Allah Ta’ala who taught and inspired the bee. This establishment, this operation, is on the permission of Allah Ta’ala.

“And your Lord inspired to the bee, "Take for yourself among the mountains, houses and among the trees and (in) that which they construct.

Then eat from all the fruits and follow the ways of your Lord laid down (for you). There emerges from their bellies a drink, varying in colours, in which there is healing for people. Indeed in that is a sign for a people who give thought."

We also see how the silkworm and the mulberry leaf have founded an extraordinary enterprise: producing silk. SubhanAllah! …And how prosperous and lucrative the trade!

As is known to all of us, the silkworm is the chief producer of silk and silk is considered the queen of textiles, which fetches a high price in the markets of the world. However, the skill of the silkworm was not developed in any university or college. Its skill is on the Command, guidance and power of Allah Ta’ala.

Man takes the silkworm to be in his employment, but its skill was not due to man’s effort and training.  It is due to Allah Ta’ala’s Infinite Power and Guidance – Allah Ta’ala not only creates, but also programmes His Creation for some specific task.

Allah Ta’ala chose a worm – another small, little creation - to produce the most beautiful fabric in the world! …Had Allah Ta’ala not disclosed this secret enterprise, would the mind of man, have ever conceived that a worm would have such ability?

Scientific research also discovered that the spider manufactures silk. Its silk is considered the toughest material on the surface of the earth. So strong and malleable is the spider’s silk that it is able to withstand immense pressure before breaking. Due to this, scientists and researchers consider it an ideal material for the manufacture of bulletproof vests and other protective clothing – and are seeking ways to generate productivity for man’s benefit.

When Allah Ta'ala mentions the spider's house, He describes it as:

The weakness and frailty are within the spider’s house and not the spider’s threads. The spider’s web does not protect from heat or cold, does not provide shade or offer protection. Rain can wash it away and human beings can easily trample or destroy it.  However, the threads are considered exceptionally strong, as mentioned.

…Who guides the spider – so small in comparison to man – to manufacture such strong material? …Everything directs to the Creator, Allah Jalla Jalaaluhu.

It is due to both the silkworm and the bee that huge industries have been set up, with these products being imported and exported throughout the world. …Remove these two little entities from the equation and there would not be these highly profitable trades. What great signs of a Creator!

Another lesson we learn is that silkworms are reared in captivity, and as they grow and mature, they begin to spin their cocoons, with silk threads which are secreted from their bodies. …In man’s quest and greed for commercial gain from producing silk, the cocoons are steamed or baked or plunged into boiling water, killing the silkworms inside them and softening the silk gum. The boiling water unravels the silk fibres for silk manufacturing, and man enjoys the luxury of silk and the profits of silk.

The silkworm is sacrificed for the benefit of man. It offers a noble service and is “thanked” by being killed. However, if the worm is allowed to grow, it turns into a butterfly and is freed from the confines of the cocoon.

Man is the slave and servant of Allah Ta’ala, born in a state of Fitrah (Islam) – to be nurtured for servitude and submission to Allah Ta’ala.  Islam is innate and inborn in every one of us. Thus, human beings naturally incline to belief in Allah Ta’ala and worshipping Allah Ta’ala.

“And I created not the Jinn and mankind except they should worship me.”
[Surah Zariat 51 : 56]

If man surrenders his life for Allah Ta’ala – obeying His Creator, working towards righteousness, and sacrificing his evil desires, seeking the pleasure of Allah Ta’ala, Allah Ta’ala does not destroy man, does not deprive man, does not allow his efforts to go in vain. Allah Ta’ala, in turn, graciously rewards man with spiritual life and eternal life in the Hereafter, to enjoy the everlasting bounties of Jannah.

“Whoever does righteousness, whether male or female, while he is a believer - We will surely cause him to live a good life, and We will surely give them their reward [in the Hereafter] according to the best of what they used to do.”

As has been said:

“The clouds and winds, the moon, the sun and
the sky are continually at work,
So that you earn your living and do not eat in forgetfulness.
The entire creation is engaged in working
for you, in submission;
The law of justice will not be accomplished if you
fail to submit to and obey Allah.” 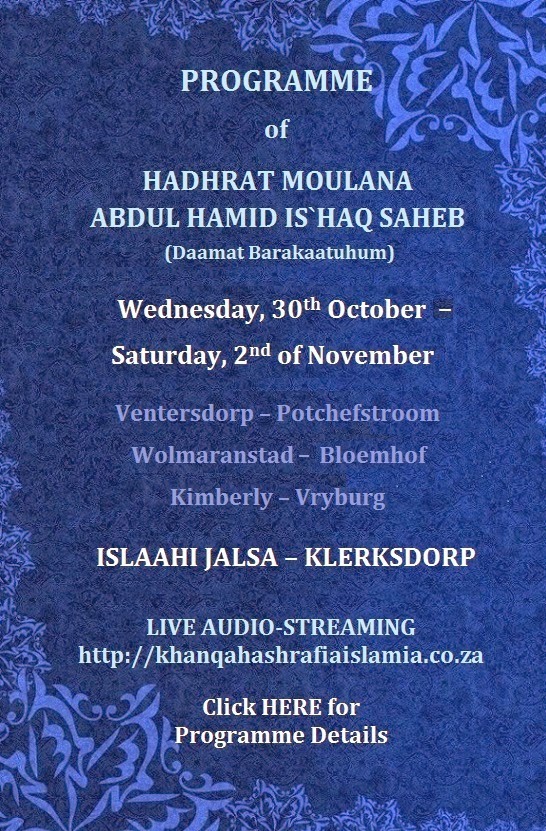