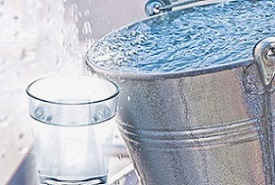 So we have to accept the meaning that Allah Ta’ala gave. This is what Nabi Sallallaahu ‘alayhi wasallam explained to the Sahaba-e-Kiraam (Radhiyallahu ‘Anhum), and they in turn explained it to all of their students, and they, to their students, and up until this day, we will find that same correct meaning of the Qur’aan Sharief.


We have been warned not to give our own view in the meaning of the Qur’aan Sharief. A person’s own view … even if it is correct, will be incorrect. Rasulullah Sallallaahu 'alayhi wasallam said: "Whosoever, in interpreting the Qur'aan, says therein, anything of his own opinion, commits a mistake even if he is correct."[1]

This is where groups and sects like the Salafis diverge from the path of the Ahlus Sunnah wal-Jama’ah, with their independent study, understanding and interpretation of the Qur’aan Sharief and Ahadith. The 'Ulama-e-Haq have adopted their stance against Salafism, because it is deviation, from what has been established. Whilst Salafis promote and uphold themselves as followers of the Qur’aan Shareef, the Sunnah and the Salaf as-Salih (pious predecessors), the true face of Salafism is Fitnah.

Since this point is mentioned, we should understand Salafism and its objectives:

Salafis encourage separating and dissociating from the Madhaahib-e-Arba'a[4] - that is, that a person should not follow any Madh-hab. There is rejection of Taqleed[5], whereas the four respected and righteous Imams (Imam Abu Hanifa, Imam Malik, Imam Shafi’ee and Imam Hambal (Rahimahumullah)) either studied under the Sahabah-e-Kiraam (Radhiyallahu ‘anhum), or they were Tabe-Tabi’een (students of those who were taught by the Sahaba-e-Kiraam). Their respective schools are based entirely and completely on the Qur’aan Sharief and Sunnah.

Salafis have caused a great deal of Fitnah with their efforts to create doubts and misgivings in the minds of Muslims. They deliberately seek to eradicate and undermine the noble status of our respected Imams, by exploiting the differences of opinion amongst the Madhaahib. They unnecessarily and ignorantly argue and create confusion regarding various rulings - whether relating to Taraweeh, Talaaq, the Salaah postures of females, Raf’a Yadain – that is, the raising of the hands when going into Ruku’ and getting up from Ruku’, etc. …All of their mischief has brought about much division and disunity in the Ummah.

Among many underhanded tactics, which are adopted, is that they advocate for the laypeople to be free thinkers and to independently follow the Qur’aan Sharief and Ahadith, as well as to take, as they like, from the Madhaahib - although they do not have the necessary expertise. In doing so, a person then follows his nafs … because he will take from Dien and single out, what suits him, and interpret Dien according to his whims and fancies. Clearly, the dangers are very, very great.

One of our graduates mentioned that he has had many arguments with Salafis but could not get through to them, to make them understand this point: That we have to take our Dien from our elders, like they took it from their elders, until it reaches to Rasulullah Sallallaahu ‘alayhi wasallam. The student said that he then presented them with an example which, Alhamdulillah, I have mentioned on different occasions – with Allah Ta’ala’s Fadhl. Alhamdulillah, on listening to that analogy, they understood very quickly and also accepted.

The example is of a father, who is lying on his bed or he is sitting on a couch in the lounge, and he tells his son: “Abdullah, bring me water.”

In what will the son take the water? …In a glass; a tumbler.

On a Saturday afternoon or a Sunday morning, the father is standing outside, in the yard, near his car. He has got his sleeves rolled up, to wash the car. He says exactly the same words: “Abdullah, bring me water.”

Now, what will Abdullah take water in? …In a bucket.

The words are exactly the same: ‘Abdullah, bring me water.’ …But who will know whether it should be in a glass or bucket? The person who is present; who sees and knows the situation.

…In fact, becoming an 'Aalim is not to know – but it is to understand this explanation. And the real Sanad (certificate) of an 'Aalim, according to our Islamic terms, is not like a school or university certificate, which confirms that you passed an examination – even though the Darul Ulooms give these certificates as well. The real Sanad is that the person learnt a Kitaab from his Ustaadh and that Ustaadh had learnt it from his Ustaadh – and that Sanad – that chain – goes right to Rasulullah Sallallaahu ‘alayhi wasallam. This is the real Sanad. It is an unbroken chain. The understanding of the Kitaab is what is most important – whether it is Tafsier, whether it is Hadith or any other subject. Just passing an examination is not the merit; it is that you have understood Dien in the correct way. This is what is essential.

Any person who acquires knowledge from only Kitaabs and through his own research – then the person may have some knowledge of Deen … but it will be based on his own understanding. It will not be on the understanding that has passed through generations, from the time of the Sahaba-e-Kiraam (Radhiyallahu 'Anhum). Those people who work only on proofs and from Kitaabs, then they are likely to go astray due to misunderstanding the knowledge that they acquire.

From another perspective: Our Imaan must be complete on every Aayat. We must believe 100% that this is the Command of Allah Ta’ala and this Command will remain till the Day of Qiyamah. Accept that it is practical and acknowledge one’s weakness if there is no practical implementation. Say: I am weak. I am not practising on it. However, do not find excuses or seek to undermine any Command of Allah

The Qur’aan Sharief was lived to the T for centuries. Presently, we may not be practising on everything but when Hadhrat Mahdi (Radhiyallhu ‘Anhu) will come, the whole of Dien will be established, in its original form, as was in the time of Rasulullah (Sallallaahu ‘alayhi wasallam); and everyone will practise Dien. There will be justice and harmony. Rasulullah (Sallallaahu ‘alayhi wasallam) had said: “He (Hadhrat Mahdi (RA)) will fill the earth with justice as it is filled injustice and tyranny.” [6]

Of course, there are many places where people endeavour to practise Dien to the best of their ability. It is taking place. Unfortunately, we are slaves of the media and we just follow the media. And the media certainly won’t draw any positive attention to Islam, because those who are in power, do not want to let the laypeople know.

...One Jamaat went to a West African country. When the Jamaat arrived there, the people from the area started pulling at their beards. They asked: “What are you doing? Why are you pulling our beards?”

When the people there were asked: “Why would you think so?”

They replied: “We have been taught that there are no Muslims left in the world. That we are the only ones who are Muslims, and we are regarded as fools for remaining Muslims.”

There is an incident related from the time of Hadhrat ‘Umar (Radhiyalluhu ‘Anhu) of a lady who travelled from San’aa, the Capital of Yemen, to Madinatul Munawwarah. For some reason, she had no choice but to travel without a Mahram. Due to circumstance, she was constrained to travel alone – otherwise it is necessary for a woman to have a Mahram accompanying her. She should not travel alone. ...The Ahadith are very clear that a woman must travel with a Mahram. Rasulullah Sallallaahu 'alayhi wasallam said: “It is not permissible for a woman, who believes in Allah and the Last Day, to travel the distance of one day, except with a Mahram.”[7]

Hadhrat ‘Umar (Radhiyallahu ‘Anhu) asked her how she found her journey, since she was alone and she was laden with jewellery. She said: “My journey was so peaceful, as though I was walking from one room of my father’s home to another room… with complete safety and no worry of anything. That was my experience.”

Since the teachings of Islam were established, there was such safety that no one attempted to harm or harass her. This becomes the environment and atmosphere when Islam is lived and the laws of Islam are applied and implemented.

In the time of 'Umar ibn Abdul Aziz, a shepherd was grazing his animals, when a wolf suddenly attacked one of the sheep. The shepherd said: “It seems as if Ameerul Mu’mineen has passed away.” …In those days, with their means of communication, it took a few days to verify. However, when it was confirmed, it was indeed that the Ameerul Mu’mineen had passed away, and at exactly that time when the wolf attacked.

The shepherd said: “Ameerul Mu’mineen ruled with such justice; the effects of his justice encompassed the animal kingdom, to the extent that a wolf would not harm a sheep.”

Again, this is when Islam and the teachings of Islam are practised. People will then enjoy a peaceful life. When there will be the justice, fairness and equity of Islam established, there will be peace, safety, security and harmony.