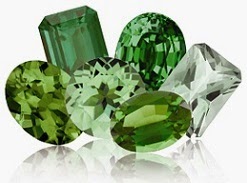 The Muhabbat of Allah Ta’ala and Rasulullah (Sallallaahu ‘alayhi wasallam) is an Ibaadat, which is ranked as one of the greatest and most fundamental.

Write your life for Allah Ta’ala – like how the Sahaba-e-Kiraam (RA) wrote their lives.

...They wrote their lives with their blood, with love, obedience, sacrifice, sincere commitment to Islam and adherence to the Sunnah.

Their life story was a love story which ascended the confines of this temporary world – because their love relationship had its connection in the heavens, with the Creator of the Universe.

Fortunate is the one who appreciates the bounties of Allah Ta'ala and expresses his appreciation – both verbally and in deed, i.e. he uses Allah Ta'ala's bounties in His obedience.

Whoever is sincerely grateful, Allah Ta'ala promises an increase of His bounties.

Whilst there is life and opportunity, we should give up sins and secure the pleasure of Allah Ta’ala and the everlasting pleasures of Jannah. 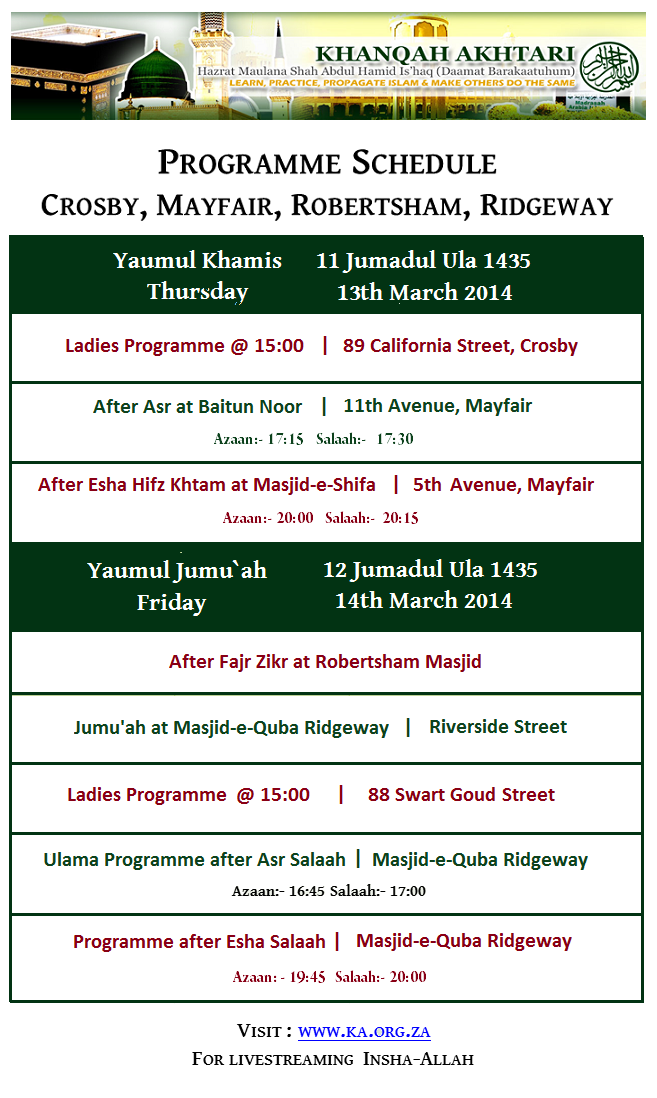 Making the most of one's Ziyarat 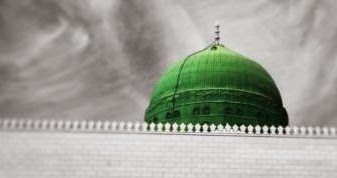 From our side, we should consider ourselves totally ineligible and unfit for the great honour, entering the Court of Rasulullah (Sallallaahu ‘alayhi wasallam), as well as being so close to him. We should recognize the reality: That it is only through the grace, the kindness and favour of Allah Ta’ala.

Where am I (next to) this perfumed rose?!
This fragrant breeze – It’s only Your kindness!

Despite being so underserving, we have been granted this great occasion to be in the presence Rasulullah (Sallallaahu ‘alayhi wasallam) and to speak to him.

“Where am I (to deserve being) at the Roudha of Your Nabi!
Am I dreaming, O Allah! Or am I awake?!”

…Rasulullah (Sallallaahu ‘alayhi wasallam) is alive in his Qabr (grave), and listens to us.

Rasulullah (Sallallaahu ‘alayhi wasallam) said: “The Ambiyaa are alive in their graves and they pray.”[1]

…No other people have a blessing of this nature, knowing with certainty where their Nabi is buried, and then the honour of visiting him – as we have. Neither the Christians, nor the Jews, nor other religious groups have such a blessing made accessible to them. Allah Ta’ala has blessed only the Muslims with this honour – for which we should express tremendous Shukr (gratitude and appreciation).

Thus, during our stay in Madinatul Munawwarah – as well as our stay in Makkatul Mukarramah, we should exercise great caution in regard to our behaviour, actions and speech. We should not allow our attention to be diverted from the purpose and objective going to Madinatul Munawwarah, or going for Umrah or Hajj. We should make a very concerted effort in abstaining from all forms of disobedience.

“The area between my house and my mimbar is one of the gardens of Paradise.”

The first Dua that we should make is: “O Allah, you have entered me into Jannah, and it is Your promise that You do not remove anyone from Jannah, who has entered Jannah. Therefore, O Allah, though I am returning home, keep me in the A’maal (Deeds) of Jannah and grant me Jannah in the Hereafter.”

The second Dua that we should make is: “O Allah, You have given me access into Jannah today. I am presently a Jannati, and Your announcement for the Jannaties is that whatever is asked, is granted.”

Thereafter, we should make Dua for whatever we desire, keeping in mind that Allah Ta’ala has promised to give us whatever we ask.

Knowing that Roudhatul Jannah is generally crowded to capacity, it is not possible to find a place easily for Salaah and then for Dua – over an extended period, and as we would desire. Therefore, we should engage in Dua whilst walking through Roudhatul Jannah, even though we are unable to practise on the Aadaab of Dua – facing the Qiblah, with hands raised, etc.

A very important and beneficial aspect for Islaah (reformation) and Tazkiyyah (purification), is Khalwat (solitude). Whilst in the Haramayn Shareefayn, being in solitude is not possible with the crowds and crowds of visitors pouring in, day in and day out. However, within those crowds, we can train ourselves to keep our connection with Allah Ta’ala.

When the heart is focussed on its objective, then despite the surroundings, the people and the activities all around, the person can still enjoy Khalwat.

“Whilst occupied in the world, he is still with Allah.
And in spite of being with everyone,
he is still away from everyone.”

The person who maintains this connection, will not give much attention to the surroundings, or to who is sitting beside him – whether the person is from India, Pakistan, Afghanistan, Turkey, England, etc. He will not be engaging unnecessarily in conversations with people because his objective is the company of Allah Ta’ala and Rasulullah (Sallallaahu ‘alayhi wasallam). His conversation is with Allah Ta’ala and when at the Roudha Mubarak, with Rasulullah (Sallallaahu ‘alayhi wasallam).

There is nothing wrong in establishing acquaintances or friendships with others, considering the Islamic Ukhuwwat (brotherhood). However, if we have this purpose and intention to connect with Allah Ta’ala and Rasulullah (Sallallaahu ‘alayhi wsallam), there would be little time for even this type of meeting.

…If we have to consider the beautiful Qira’at (recitation) of the Imaams in Masjidun Nabawi (Sallallaahu ‘alayhi wasallam): Their beautiful recitation deeply impacts our hearts and each passage of the Qur`aan Sharief chosen during Salaah, makes each Salaah, a Bayaan (discourse). Allahu Akbar!

The entire Qur`aan Shareef offers us advices, counsel and guidance, in the most eloquent and inspiring manner. …There are thousands of renowned lecturers and orators in the world – but none can compare to the greater lecturer, the Qur’aan Sharief. Moreover, we listen to this recitation where the Qur’aan Sharief was revealed. Added to this, upon whom it was revealed, is also present in the Masjid. …Nurun ‘ala Nur!

It is the general experience that on arrival, we feel that we have much time – seven or eight or nine days. However, at the end of our stay, we find that the time was short and we regret not maximising on the opportunity of spending more time in Ibaadah, or at the Roudha Mubarak.

Irrespective of how long our stay is in Makkatul Mukarramah and in Madinatul Munawwarah – even if it is one month or six weeks, we feel the time was not enough and we wish to stay longer.

If we develop this Khalwat in the proper sense, we will, Insha-Allah, establish that Nisbat (connection) with Allah Ta’ala and His Rasul (Sallallaahu ‘alayhi wasallam).

…In the Khanqah of Jalalabad, Hadhrat Moulana Maseehullah Khan Saheb (RA)’s instruction was that Mureeds should not talk to each other. In the Khanqah of Hadhrat Moulana Ashraf Ali Thanvi (RA), two people would share the same room for forty days and would not know each other’s names, or from where they had come – because their purpose was to connect with Allah Ta’ala.

...What better place to connect with Allah Ta’ala and His Rasul (Sallallaahu ‘alayhi wasallam) than in the sacred lands of Madinatul Munawwarah and Makkatul Mukarramah?

Hadhrat Moulana Abrarul Haq Saheb (Ra) says that when one is departing from Madinatul Munawwarah, one should, among other things, say to Rasulullah (Sallallaahu ‘alayhi wasallam): “Ya Rasulullah (Sallallaahu ‘alayhi wasallam), I would love to remain in Madinatul Munawwarah, to be near to you always, but I am leaving this blessed place to do your work.”