Deliverance for the Suffering Ummah | Gateway to Success 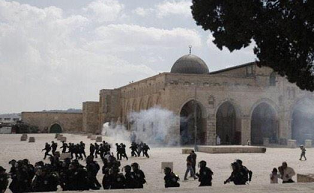 During a trip to the United Kingdom, I gave a talk in a Masjid in London. In the vicinity of the Masjid, Jews predominantly reside.

In that talk, I mentioned that once, when Haaji Bhai Padia (Rahmatullahi ‘alayh) was travelling by air, a Jewish Rabbi was seated next to him. In conversation, the Jewish Rabbi said to Haaji Bhai Padia (Rahmatullahi ‘alayh): “We are not afraid of the Muslims today, because Allah’s help is not with them, nor with us. Today, everything is about power: The one who has more arms and more ammunition, wins. We have more, and we are more powerful. However, when the Mosques (Masaajid) of the Muslims start filling up for the Fajr prayer as the Masjids get full for the Jumu’ah prayer, we will not be able to fight the Muslims, because Allah’s help will be with them, and we can never overcome the one who is assisted by Allah.”

After this talk, a young man came to me and informed me that he is from India (or Pakistan). He said: “I go home once a year. Each time, on my return, my neighbour, who is Jew, asks me: ‘How many people are attending the Fajr prayer?’ …This is the question posed to me every time. Once, I asked him: ‘Why do you always ask me this same question?’ He said: ‘Today, we have no fear for the Muslims, but when their Masjids get full for the Fajr prayer as they do for Jumu’ah, we will not fight them as Allah’s help will be with them and we cannot fight Allah.”

Abdullah S’aud is a brother from South America, whose homeland is Palestine. He related that he was a little child when his family was exiled to South America. At that time, Ariel Sharon mentioned to the father of Abdullah S’aud: “You will come back; but not today and not tomorrow. You will come back when your Masjids are full for Fajr like how they are for Jumu’ah.”

We clamour and we shout and we cry, for the rise of Islam, yet we do not rise for the Fajr Salaah.

Our hypocrisy becomes evident in the light of the Ahadith. There is no doubt of a person’s Nifaaq (hypocrisy) if he is absent from the Fajr and Isha Salaah, in the Masjid.

Rasulullah (Sallallaahu ‘alayhi wasallam) said: “The most burdensome prayers for the hypocrites are ‘Isha and Fajr, but if they only knew what they contain, they would come even if they had to crawl.”[1]

Rasulullah (Sallallaahu ‘alayhi wasallam) said: “A person who does not go for Salaah after hearing the Azaan is committing a great wrong and is doing an act of Kufr (disbelief) and Nifaaq (hypocrisy).”[2]

Hadhrat Abdullah Ibn Mas’ud (Radhiyallahu ‘anhu) had said: “If you neglect the Sunnah, you will go astray. Verily, I have seen a time when no one stayed away from the congregational prayers except for the hypocrites who were well known for their hypocrisy or a sick man. I remember that a man would be brought leaning on two men and put in the Saff (row) to attain its reward and escape the sins of missing it.”[3]

Rasulullah (Sallallaahu ‘alayhi wasallam) said: “Whoever prays the dawn prayer (Fajr), then He is under Allah’s protection.  So beware, O son of Aadam, that Allah does not call you to account for being absent from His protection for any reason.”[4]

Muslims, today, see some kind of solution in marching and boycotting – but sadly, do not see the solution where it is: In practically implementing the teachings of the Qur’aan and Sunnah.

We will only overcome the forces of Zionism and the enemies of Islam taking the route of obedience to Allah Ta’ala and His Rasul (Sallallaahu ‘alayhi wasallam).

Our condition is that Salaah is neglected; the beautiful Sunnah is disregarded - there is no care and no concern to identify ourselves with Rasulullah (Sallallaahu 'alayhi wasallam), by adopting the Sunnah Libaas (dress/garb), maintaining the beard one fist length and following in his noble footsteps. ...The majority do not want to give up the song and dance, the interest and gambling, the western culture or the Hollywood/Bollywood culture, and all other sins. ...Then how will we invite Allah Ta’ala’s Nusrah[5], in this manner?

Allah Ta'ala has His conditions. These will have to be met first, before we can overcome our enemies.

Allah Ta’ala clearly defines His conditions and His promises:

“Allah has promised, to those among you who believe and perform righteous deeds, that He will, of surety, grant them in the land, inheritance (of power), as He granted it to those before them…

So establish Salaah (Prayer) and give regular Charity (Zakaah); and obey the Messenger that you may receive mercy. ”
[Surah Nur 24 : 55 / 56]

The Sahaba-e-Kiraam (Radhiyallahu ‘anhum) were able to overcome the super powers of their time because they were living Islam.

The keys of Masjid-e-Aqsa were willingly handed over to Hadhrat Umar (Radhiyallahu ‘anhu), the Ameerul Mu’mineen, whose reign as the Khalifa saw the establishment of justice on the face of the earth. This justice was through the implementation of the Qur’aan Sharief and Sunnah and standing firm and resolute on its teachings.

Hadhrat Umar (Radhiyallahu ‘anhu), himself, said: “We are a people whom Allah Ta’ala elevated with Islam.” – i.e. true and sincere submission to Allah Ta’ala.

Sheikh ‘Ali Abbaasi, the Imam of Masjid-e-Aqsa, had asked Hadhrat Mufti Ebrahim Salejee (Daamat Barakaatuhum), the principal of Madrasah Taleemuddeen, about the sad and distressing condition of Palestine and asked why there is no support from the Muslim countries.

Hadhrat Mufti Saheb (Daamat Barakaatuhum) explained that he had read in the Tafsier of Hadhrat Moulana Ashraf Ali Thanwi (Rahmatullahi ‘alayh) that Allah Ta’ala has different systems for Masjidul Haraam in Makkatul Mukarramah and for Masjidul Aqsa.

Hadhrat Moulana Ashraf Ali Thanwi (Rahmatullahi ‘Alayh) had explained in his Tafsier that Masjidul Haraam is continuously under the protection of Allah Ta’ala. The Kuffaar will not be able to gain control of Baitullah, and the condition of the Muslim Ummah does not affect this protection. This protection has no interruption.

This is what we see today. A great majority of the Muslim Ummah are heedless of the Commandments of Allah Jalla Jalaaluhu; even engaging recklessly in sins.

We raise our voices against the Israeli Zionist forces who desecrate our beloved Masjid-e-Aqsa; we march against the injustice, we wave the Palestinian flag everywhere, and we wear its colours in some way or the other - all in solidarity. ...However, if we are not performing Salaah and if, in our lives, there is disobedience to Allah Ta'ala, then let us understand the very, very sad reality: We are instrumental in the desecration and violation of Masjid-e-Aqsa and the oppression of the Palestinian people. Then our role is not constructive; rather it is destructive - because we are a contributing factor to the Israelis having control of Masjid-e-Aqsa.

The first step is establishing Salaah in our lives and working towards bringing the whole of Islam into our lives, practically. If we really want to solve our problems, this is the only way.

May Allah Ta’ala forgive us, have mercy upon us, guide us, and grant us the understanding and the Taufeeq of becoming practical on Dien.
READ : 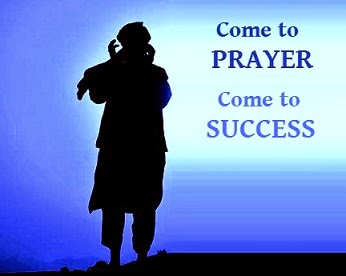