Hazrat Ma’qal bin Yasaar (RA) narrated that a person who recites 3 times,
after Fajr and after Maghrib: 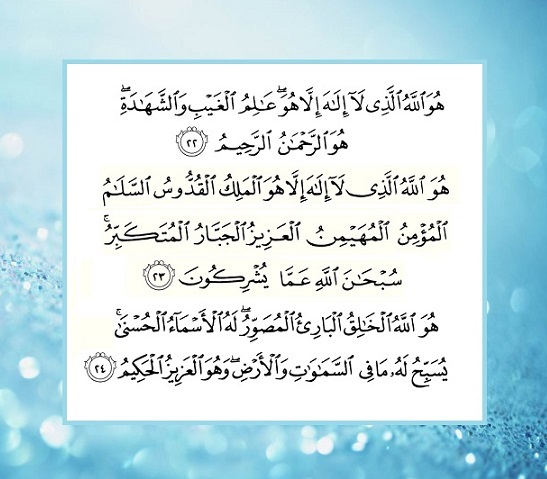 Allah Jalla Jalaaluhu appoints 70 000 angels, who make Dua for him continuously,
from after Fajr until Maghrib.

When he reads its again after Maghrib, another 70 000 angels  make Dua for him,
from after Maghrib until Fajr.

And, if he happens to die in that day or night having read this, he dies as a Shahied.

Our Sheikh, Hadhrat Moulana Shah Hakeem Muhammad Akhtar Saheb (Rahmatullahi ‘alayh) had mentioned about a great Aalim who said that he does not start his day’s work, or have his breakfast until he first reads this and has 70 000 angels on duty (i.e. they start making Dua for him).