Prescriptions for Hidayah | The Importance of Ta’leem and Dua 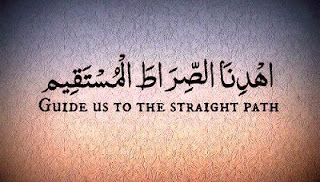 Often, people request Duas for the guidance of some family member or someone else, who is far from Dien or who has even left Islam. There is concern for the person’s Imaan and Aakhirah (hereafter), and the desire is for him or her to come back on track. Sometimes, a parent is requesting Dua for a child’s Hidayah (guidance), or a child is requesting Dua for the parent’s Hidayah or a person is requesting Dua for a spouse, a sibling or a friend – who has no interest in practising on Dien, or who is influenced very strongly by other cultures, customs and ideologies, or is in bad company and has adopted bad habits.

The situation can be aggravated when the person is a drug addict, alcoholic, gambler, porn addict, etc. Sometimes, even in a Dieni family, there is one member who is different. …As people say, ‘the black sheep of the family’; the odd one out, the one who is sometimes a test for the family, due to some bad action/s. …Of course, we should never look down upon anyone. The one who is considered the ‘black sheep’ can turn to Allah Ta’ala, repentant and regretful, and leave this world as the friend of Allah Ta’ala. On the other hand, sometimes a person may have the outward appearance and the outward actions of piety but the heart is the heart of a wolf. Don’t we hear people use the term, “a wolf in sheep’s clothing”?

Nonetheless, there is this concern, worry and anxiety for the person to change for the better; to connect with Allah Ta’ala. And really, this should not only be a concern for those we know and love; rather it should be a concern for everyone in the world … that everyone is guided to the straight path.

…What can we do? What should we do?

Our Akaabir have presented two very effective prescriptions to bring a person, who is far from Dien, back to Dien, and these prescriptions are also simple and easy.

The first is to have Ta’leem (Kitaab reading) in the home, regularly, and to also be part of that Ta’leem. This has been proven to be a means of tremendous good and benefit for entire family, and a means of Hidayah and Istiqaamah (steadfastness).

…There is an incident that took place many years ago, when the television was the main enemy. Nowadays, there are many more mediums of Fitnah and sin, with the Internet, social media, Instagram and so forth.

A pious man had two daughters. When they grew up, they took a different path, choosing to live a very modern life. They even purchased a television and brought it into the home. That naturally upset and angered the father. Whilst he tried his best to reform them and tried to prevent them from their wrong ways, his hard-line approach brought about more defiance and rebellion. …Usually, harshness makes the situation worse.

Unfortunately, the mother began to also side with the daughters in whatever they were doing, despite their actions being un-Islamic and wrong. A time came when the daughters even demanded their shares of inheritance and threatened their father. In his desperation, the father wrote to Hadhrat Moulana In’aamul Hasan Saheb (Rahmatullah ‘alayh) and explained the problem, as well as how he had handled the situation. Hadhrat Moulana (Rahmatullahi ‘alayh) replied: “You went against the principles of this work. Our work is not harshness. All you do is start with Ta’leem. Ten minutes of Ta’leem daily. That is all.”

The father then requested that his daughters spare him just ten minutes for the daily Ta’leem and he would not say anything to them. …That was a small request if it meant having their freedom and being able to do as they like. However, the Barakah (Blessings) and the impact of the Ta’leem was soon evident. One day, after about two weeks, the father returned home and found that the television was thrown out of the house and his daughters had repented from their bad habits. Alhamdulillah.

This is the experience in many cases. The daily Ta’leem became a means of change and reformation. Of course, we have to be constant and not just give up within a few days or weeks. This should continue even if there are changes and improvements witnessed.

We have heard the story of an elderly man who had to deal with a family that was totally uninterested in Deen – the children and grandchildren. He commenced Ta’leem daily in the house even though no one from the family sat to listen or participate. He would take his topees and would place them around him as if they represented people. He would conduct the Ta’leem as if sharing the advices with each topee. The family members would pass by and observe the strange sight but they did not join. His patience, perseverance and his sincerity finally bore fruit, when one day, one member of the family, feeling some sympathy, came and sat for the Ta’leem. Thereafter, another joined and another, until the entire family not only joined in for the Ta’leem but Alhamdulillah, in due time, became practical on Dien.

One person said to me that he thought there was no solution to the situation that he faced and was surprised at the effects of something so simple as having Ta’leem in the home.

Our Akaabir have presented the prescription but the need is application. Don’t take the prescription and frame it. If a person is sick and he goes to a doctor, the doctor diagnoses his sickness and gives him some prescription. He will have to go to the chemist, obtain the medication and thereafter follow through with the instructions. If he takes the doctor’s prescription and frames it and shows it to all who visit his home, that won’t solve his problem and will not make him better. …Similarly, we will have to do something for our spiritual well-being and that of our families. We will have to get practical by following through with the advices of our Mashaa’ikh.

Allah Ta’ala knows, in His Wisdom, when the person will change but from our side, we should not write off any one. There is potential for change in every person.

The second prescription that we have been given is that of Dua. Dua is very effective.

When we hear of some sad news: someone has taken ill, someone has met up with an accident – how many of us make Dua? ...Unfortunately, our response is sometimes one of sarcasm and mockery. If a person is diagnosed with lung disease or cancer, or heart disease, and he was a smoker, someone will pass the remark: “Tell him to smoke more!” Or the person had the habit of driving very fast and he met up with an accident, then the remark will be: “Tell him to drive faster next time …”

This is not the approach of a Muslim. When someone is ill, when someone has met up with accident, or whatever the situation may be, make Dua for the person. Even if the person was doing the wrong thing – like smoking, speeding, etc. – it does not mean that we show no compassion and no mercy. We should take a lesson for ourselves. However, Allah Ta’ala describes the Believers:

Rasulullah Sallallaahu ‘alayhi wasallam said: “You will observe that the Believers are like the parts of the body in relation to each other in matters of kindness, love and affection. When one part of the body is afflicted, the entire body becomes restless (and feels the pain).”[1]

When we see someone who is sick or is in some difficulty we should quietly read the prescribed Sunnah Dua. By doing so, we are informed, in the Hadith, that that condition will not befall us.

All praise is due to Allah who has saved me from that with which He afflicted you and gave me excellence over most of whom He created.[2]

Our Sheikh, Hadhrat Moulana Muhammad Akhtar Saheb رَحْمَةُ اللهِ عَلَيْهِ would say that when any sad news is conveyed, we should also follow through with the Sunnah of reciting,

We should not stop at this point; rather complete it by reciting the Dua:

“O Allah, reward me for my affliction and replace it for me with that which is better.”

Our Akaabir and Mashaa’ikh have taught us another extremely beneficial and effective prescription which is through Muraqabah-e-Dua – that is, without lifting the hands, a person should concentrate and focus on his heart and make Dua from his heart, with full sincerity.

To cite an example of the effectiveness of Muraqabah-e-Dua: Recently, a lady, here in South Africa, gave up Islam. Many people tried to advise her and guide her. 'Ulama spoke to her, the Jamaat brothers also made an effort to bring her back to Islam – but she was indifferent towards their efforts and firm on her stance. One Aalim, who has contact with a Shaykh and knew the power of Muraqbah-e-Dua, decided to also visit the sister.

…Of course, if we are going to be speaking to any strange woman – and that too, due to some valid reason - then we should not go alone, especially, if there is no Mahram or husband who will also be present.  We should not be alone with a strange woman because the Hadith is clear on the prohibition as well as the effort that shaytaan makes in such a situation. Rasulullah Sallallaahu ‘alayhi wasallam said: “No man is alone with a strange woman, but shaytaan is the third among them.” [3]

Rasulullah Sallallaahu ‘alayhi wasallam said: “It is not permissible for a man to be alone with a woman…”[4]

There should be at least three people going together and Insha-Allah in this, there will be safety from falling into Fitnah.

This Aalim went to the sister’s home, and in all probability with someone, or when she was not alone at home. On seeing him, with his Kurta, beard, etc. she immediately assumed that he too had come there to convince her to return to Islam. However, he adopted a different approach. He said: “Aunty, I have come to have a cup of tea…”

That request eased the tension and she agreed to make the cup of tea. Whilst she was making the tea, he turned to Allah Ta’ala and made Dua with his heart: O Allah, I cannot do anything. You are the Doer of everything. You give her Hidayat. You guide her….

Not even a minute later, she returned from the kitchen and said to them: “Alhamdulillah, I have accepted Islam. I saw my Imaan like a dove, sitting on my heart, and now it has entered into my heart.”

This is the power of Dua – which we tend to underestimate.

Similarly, there are Fitnahs that are raining upon us … descending in our homes like the rain, as described in the Hadith[5]. We should turn to Allah Ta’ala and make Dua for protection, for Istiqaamah, for death on Imaan. Rasulullah Sallallaahu ‘alayhi wasallam said: “Nothing can change the Divine decree except Dua.”[6]

Sheikhul Hadith, Hadhrat Moulana Muhammad Zakariya (Rahmatullahi ‘alayh) would spend between two and four hours in Muraqabah-e-Dua. Hadhrat Moulana In’aamul Hasan (Rahmatullahi ‘alayh) would spend the time between Asr and Maghrib in Dua for the Ummah … as well as make Dua for the non-Muslims. They would not only make Dua regarding Deeni matters. If there were riots, drought, flood, earthquake … they would make Dua for relief from hardship. They had concern for everyone and made Dua for everyone.

May Allah Ta’ala guide us and grant us the understanding and concern and the Taufeeq of sincere Dua for ourselves and for all.

[1] Sahih Bukhari
[2] This Dua should not be read aloud, such that the person hears, since it could hurt his  feelings.
[3] al-Tirmidhi
[4] Sahih Al-Bukhari
[5] Ibn Majah / At-Tirmidhi