An Appeal to the Ulama and Trustees 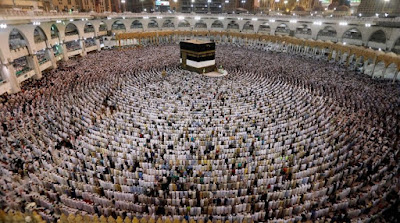 AN APPEAL TO THE ULAMA AND MUTAWALLIES (TRUSTEES)

In this current situation, we have many Muslims who keep stressing the need to follow government protocol even at the cost of Dieni principles and teachings. The oft-repeated reasonings are that non-Muslims and particularly certain political parties would capitalise on this. They would then vent negative opinions about Muslims; that Muslims are not being responsible. The normal mantra that goes along with this line of thinking is that we, the Muslim community of South Africa, are in the minority;

-         we must unite with the rest of the citizens of the country and the people of the world against the pandemic, etc. etc.

All these reasons are because of, amongst other things, the fear which we have for the creation. It is a well-known and reliable fact in Islamic teachings: “Whoever does not fear Allah, Allah will cause him to fear everything.”

We should ask ourselves: Do we have at least that level of fear for breaking the Commands of Allah Ta’ala?! Or is it that we really seek just the benefits of of this world: our temporary peace and well-being in dunya? …From the various public platforms, it seems as if the call is that we must have peace with everyone … including the devil. We just must not upset the apple cart! We must be good and peace-loving people at the cost of our Dien and Aakhirah being plundered and destroyed.

A small scratch on the car, a slight hitch in our worldly education, a few hours without electricity, etc. cannot be tolerated. However, for the destruction of Dien, we can allow and tolerate any and all destruction and plundering. We do not only tolerate, but are proud to announce that we closed the Masaajid before the government closed them. We are proud to broadcast that we are very strict on protocols and demand more than what the authorities require, to the extent that Qur’aan Shariefs are removed from the Masaajid! We have reached such a level of fear and paranoia that we suspect that we will get the virus from the Qur’aan Sharief – Na’uzu Billahi min zaalik. There is so much of panic that we do not even want to wipe our hands over our faces after Dua, as is Sunnah!

People who favour the government protocols argue: “You also take precautions; you lock your doors at night, you tie your camel…”, etc.

Are the Covid precautions restricted to the Masaajid only? Many people come till the Masjid without adopting the required precautions. There is no distancing and no masks covering the mouth and nose, yet immediately upon entry into the Masjid, all the protocols have to be implemented 200 to 500%.

Is the virus selective and only in the Masjid?! Why do all the precautions only apply to the Masaajid and so rigidly?! What about the intense debate amongst scientists, medical personnel and others? Those who are experts and experienced in their fields refute the calls of the government and mainstream media. They, in fact, say that masks are harmful, and social distancing does not really offer any deterrent, and they present medical proofs.

Where is the precaution of distancing in social gatherings, in aeroplanes, in taxis, in marches and protests? Presently, IN the Masaajid, we are instructed to be separated … divided … to stand apart, and then we are called to unite?!

When we take medicine as poison and poison as medicine, what hope can there be of survival?!

We are taught in the Hadith that this world and the hereafter are like co-wives; if you please one, the other becomes upset. We give preference to and want to please our dunya at the cost of our real and everlasting Aakhirah! This is all done looking at the scenario from a worldly perspective and also on the basis of possible possibilities, as well as being exposed and overwhelmed by what the scientists, medical academics, politicians and others, who in many cases are atheists, who have their hidden agendas and are promoting and pushing the same. The extreme negativity that is being induced by them opens the doors of shaytaan possessing a person.

On the other hand, we find that at the beginning of the first lockdown there were those brothers who went till the gates of the Masaajid and cried and made Dua, on a daily basis. By the Barakaat of their Duas and the Duas of so many others, Allah Ta’ala opened our Masaajid! In other parts of the world as well, we heard of those sincere Musallis who would go upto the gates of the Masjid, make Dua and even perform Salaah … such is their love and attachment to the Masjid.

When Sheikhul Hind (Rahmatullahi ‘alayh) was in prison in Malta, every week he would prepare for Jumu’ah and would go up to the gates of the prison and say: “O Allah! This is as much as I can do.” It is narrated in a Hadith Qudsi: "Whoever draws close to me by a hand-span length I draw closer to him by a cubit. Whoever draws closer to me by a cubit, I draw closer to him by a fathom. Whoever comes to Me walking, I go to Him running."[1]

We should thus do as much as we can; Allah Ta’ala will help us further! What is wrong in trying and that too, peacefully? Why discourage from showing solidarity, love and connection with the Masaajid?

Of the seven people who will enjoy the shade of the Arsh of Allah Ta’ala on the Day of Qiyamah will be he whose heart was connected to the Masjid! The Masaajid are the homes of the Believers. We should leave the Masjid for our worldly needs and then return to the Masjid again and again, for every Salaah, as well as spend as much of our time in the Masjid. This is where we find peace and solace! A Mu’min is a like a fish in water in the Masjid, while a Munaafiq (hypocrite) is like a bird in a cage when in the Masjid. In which group would we like to be in?!

The Masaajid are the most beloved places on earth to Allah Ta’ala. So why can't we be positive and look at matters from a Dieni perspective? Why are we overwhelmed with the dunya and only the outlook and views of the people of dunya?

THE ULAMA AND MUTAWWALLIES (TRUSTEES)

The Ulama are the custodians and upholders of Dien, especially in the absence of the Islamic Khilafat and any government enforcing Islamic law. The responsibility is greater upon the Ulama to protect, promote and propagate Dien from a Dieni perspective and not from the current worldly perspective!  If the Ulama are also going to view our Dieni matters from a dunya's standpoint; that is, accept the opinions of scientists, politicians and academics of dunya, then who is there to protect and guard our Masaajid and our Dien?

The Ulama, Ulama organisations, Mutawallies, etc. are the custodians of the Masaajid and Dien as a whole, and they are being paid very heavily for that by Allah Ta’ala. The reward for facilitating the upkeep and proper Ibaadaat in the Masaajid are far, far beyond our imagination. We are not paid by any authorities to upkeep their rules and regulations, yet sadly we impose their rules more rigidly and more than required by them, that it appears as if we are against our own Dien and our own Masaajid?!

When we reflect: We never did Amr-bil-Ma'roof on the dress-code for the Masjid.

Our attendance and presence in the Masjid should be with respect and Adab (etiquette). One aspect is our dressing, which Allah Ta’ala also refers to in the Qur’aan Sharief:

“O Children of Aadam! Take your adornment at every prayer time…”

So many attend the Masjid and perform Salaah without a topie, or in bermudas, t-shirts with weird messages written or animate pictures, bizarre hairstyles, coloured hair, etc. How often we see at the time of Nikah, many come to the Masjid in a three-piece suit, with tie or bow tie. We did not correct these wrongs. We did not encourage the Sunnah Libaas (garb). However, we now rigidly enforce imaginary, protective protocols of scientists, politicians and others. Fal mushtaka illallaah!

One major, underlying cause of turning the rulings of Dien upside down is that we accept and are impressed with whatever is dished out by others, and want to please them and those who follow them. We then sweep our Shari’ah under the carpet, as though it does not exist or as if it does not give us guidance on these matters – exactly what the Bani Isra’eel did with regard to the Tauraat!

It is absolutely necessary for the Scholars and those in positions of trust to see things from the Dieni viewpoint and not approach the matter from the stance of the authorities and others, and thereafter try to find some obscure substantiation from Shari’ah.

As Ulama and the upholders of the Shari’ah, we should make the Shari’ah our benchmark and find lee ways and loopholes in the government law, whereby we can maintain our Dien. This is 100% legal; not the opposite where we make legal what the authorities say, so much so that some scholars and scholar organisations plainly say that we have to follow the president's announcements. Having given priority status to what scientists, professors, politicians and others say, we even try to give their rulings an Islamic flavour, presenting some manipulated ruling to please the non-Muslim authorities?! What a sad, sad state of affairs.

During the first lockdown there was a Hifz Qur’aan Khatam Jalsa held quietly in one Masjid, behind locked gates. Someone reported them to the authorities who came to check, after which one police-officer accepted Islam!! In one town, someone complained about the Azaan. The municipality sent out a senior person to find out more regarding the situation. Subhanallaah, he instead, accepted Islam, spent four months in Jamaat and is a very strong Da'ee, calling Muslims and non -Muslims to Dien, and with great success. A judge and his daughter, who had salafi thoughts, visited a family on a Dieni occassion. It was the first time they were exposed to Dieni views on these matters. Alhamdulillah, they changed and corrected their attitude and views.

The continuous call is made to unite on baatil and falsehood. We must unite on Dien. Our loyalty and allegiance are first and foremost to Allah Ta’ala and His Rasul Sallallaahu ‘alayhi wasallam.

May Allah Ta’ala guide us all to that which is pleasing to Him and protect us from compromising on our Dieni principles and teachings.