Fitnah, In the Guise of Dien 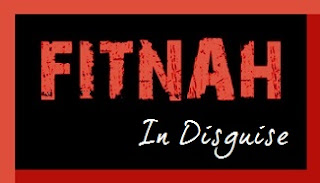 Allah Ta’ala has informed us that everything that was taught to us or instructed by Rasulullah Sallallaahu ‘alayhi wasallam was Divinely inspired:

“…And whatever the Messenger has given you - take; and what he has forbidden you - refrain from. And fear Allah; indeed, Allah is severe in penalty.”
[Surah Ahzaab  59:7]

Whatever Rasulullah Sallallaahu ‘alayhi wasallam directs us towards, brings goodness and whatever he prohibits is prohibited due to the corruption that is inherent in it, and the harms that accrue with it.

In these times, we are faced with many challenges. We find Fitan engulfing us from every side. In the name of Islam, there are various seminars, workshops, fairs, programmes, contests, etc. that are being hosted. However, often these are devoid of the spirit and reality of Islam. There is compromise and even flouting, of many Islamic teachings. It may be Islam in name, but not in essence. Very sadly, we find that in recent years, the vogue and movement is towards entertainment and amusement, even in matters of Dien.

We should take lesson from the marriage seminar that was held recently in South Africa, and many other similar programmes hosted world-wide. It is an eye opener for us. Like many other events, this too was promoted and was advertised in the name of Islam …but in such a way that should have made us question the seriousness and the spirituality of the programme. Speakers were given titles such as ‘love doctor’, ‘love guru’, ‘love specialist’, ‘love artist’, etc. Together with this, there was the drawcard of a variety of entertainment – each of which, offered us warning signals, so that we don’t move in that direction and don’t attend:

·    A shopping “extravaganza” where families can shop and enjoy. This plainly promoted mixing of males and females;
·     An arts festival to give recognition to Nasheed artists, comedians and others.
·    An expo to assist in planning a wedding; catering, trousseau, etc. – encouraging a lavish and extravagant kind of wedding, which goes against the Sunnah, since the Hadith is clear: “Verily, the most blessed Nikah is that which involves the least difficulty (expenditure).”[1]
·      Encouragement to the guests, to take selfies, etc.
·      and then the promise that, “No topic is off limits”.

The stage was set for the people to come and enjoy … a liberal Islam; where men and women could integrate and be entertained. The event was photographed and videoed and most unfortunately, Scholars were brought into the picture to certify the entire event as "Islamic" and they lent their support to the event. Of course, that does not make the wrong, right. The wrong will remain wrong, no matter who is participating.

A platform was provided for anything and everything because the licence was given that “no topic is off limits” … and that opened wide the door of mockery of Dien and mockery of the Sunnah and mockery of a Sahabi (Radhiyallahu ‘Anhu). The culmination of all these Fitan was that the marriage of Rasulullah Sallallaahu ‘alayhi wasallam was mocked at and vilified. …Any mockery of Islam … of the Sha’aair (symbols) of Dien … of Rasulullah Sallallaahu ‘alayhi wasallam … is something that throws a person out of the fold of Islam. This is what follows when we do not refrain from what Allah Ta’ala’s Beloved Nabi (Sallallaahu ‘alayhi wasallam) prohibited us from. This is the outcome when we do not imbibe within ourselves the Command of Allah Ta’ala, to adopt Taqwa. This is what happens when we disregard the Qur’aan Shareef and Ahadith, in pursuit of the whims and fancies of nafs. This is what materialises when we seek to modernise Islam.

The seriousness, gravity and repercussions of what happened there were lost to the people because those involved quickly sought to absolve themselves and they distanced themselves from the show … yet they were the ones who made the arrangements; they were the participants; they were the advocates and promoters and sponsors for the programme. They endorsed everything that was advertised. Prior to the event, the comedian said, himself: “I enjoy cracking jokes about Islam. I enjoy pushing the boundary because you can't take everything at face value. You have to ask and push the boundaries.” This, itself, was reason for the organisers and the Scholars to cancel and put a stop to the programme....The content of comedy shows is generally vulgar and immoral, and often religion is ridiculed and satirized. It is not permissible for us to attend. There is, no doubt, that these shows greatly harm our Imaan.

Although there was an apology for the one grave wrong, the repercussions of that were not addressed by those involved. Joking about Dien or the signs of Dien, (the Qur’aan Sharief, the Ambiyaa (Alaihimus Salaam), etc) leads to Kufr. Listening to such jokes and condoning and approving them are equally dangerous. Though the organisers and participants absolved themselves from the statements of Kufr, there was no concern regarding all the other sins that were prevalent. …If we are going in the direction of liberal Islam … free thinking Islam … then this is the just the tip of the iceberg.

The person said, in mockery, that he cannot understand how the noble, respected Sahabi, Hadhrat Abu Hurairah (Radiyallahu ‘anhu) learnt so many Ahadith in a short period of time and belittled the marriage of Hazrat Ayesha (Radhiyallahu ‘anha). Those inflammatory and insulting statements are on record. The programme was videoed and is circulating widely. The situation is aggravated because the green light has been given for photography and videoing. Yet, the Ahadith are clear as daylight regarding picture-making and animate images. ...Now, those statements undermine the Sunnah and a great Sahabi (Radhiyallahu ‘Anhu). Whilst the comedian said that he has repented and is regretful, thousands of people, who are unaware … who have no knowledge of Dien … will be left in doubt after watching and listening to that obscenity.

If we were to do some research, we will find that our Aslaaf had written volumes in Tafsier. We find Tafsier that was compiled in 100 volumes. We will find 30 volumes on Surah Fatihah alone … yet in those times, there was no computer, no ballpoint pen, no fountain point … just the reed. The reed was used as their pen and those great ‘Ulama wrote by hand. They wrote volumes and volumes that leave us amazed. Allah Ta’ala blessed their lives; their time; their efforts. Even in our times, we have heard of people memorising the entire Qur’aan Sharief in a matter of a few months and many also memorise thousands of Ahadith, in short periods of time … so what difficulty is there in understanding and accepting that a Sahabi of Rasulullah (Sallallaahu ‘alayhi wasallam) memorised thousands of Ahadith?

Many people make a mockery of different aspects of Dien … whether the Hijaab, Niqaab, the beard, polygamy, etc. Many people deny life of the Qabr and deny the Mi’raj. Perhaps someone has already, or someone will come along, and make a comedy of these aspects also. In fact, in the time of Rasulullah (Sallallaahu ‘alayhi wasallam), the Kuffaar of Makkatul Mukarramah also mocked the belief of Qabr; of life after death.

We need to understand that Dien is not for fun and amusement. Allah Ta’ala states:

“Indeed, the Qur'aan is a decisive statement (distinguishing good from evil), And it is not a thing for amusement (joking).”
[Surah Taariq 86 : 13/14]

A Believer reveres and honours whatever is associated to Islam.

“And whoever honours the symbols of Allah, does so out of the Taqwa in the heart.”
[Surah Al-Hajj 22: 32]

…We have to be very alert. These are crucial times. See which direction needs to be taken. Due to these Fitnahs, which are encircling us, a secure means for our Imaan and Islam is to maintain contact with those ‘Ulama-e-Haq and Mashaa’ikh, who will teach us the original, true, pristine Dien; those who will not compromise on Qur’aan and Sunnah; those who do not concede to a “free-thinking” and “modern-day” version of Islam. Nowadays, we have scholars that adopt a modern and liberal approach to Dien and to teaching Dien[2]. We have to be very careful whom we follow. See if their semblance is with the Sahaba-e-Kiraam (Radhiyallahu ‘anhum), since we are told, by Allah Ta'ala, to believe like how they believed, and Rasulullah Sallallaahu 'alayhi wasallam directed us: “My Companions are like the stars, whichever of them you follow you will be rightly guided.”

…Our Sheikh, Hadhrat Moulana Hakeem Muhammad Akhtar Saheb (Rahmatullahi ‘Alayh) would say that if any of those, whom he had given Khilafat to, were to participate or lend their support to photography, videoing or any kind of Fitnah, the Khilafat is cancelled; is null and void, because this Khilafat is an Amaanat.

Shaytaan and the agents of shaytaan work in different ways to destroy our Aakhirah. People … even the learned ones … become puppets to further the agenda of the enemies of Islam, to destroy the Muslims. As an analogy: When people are involved in selling drugs, they obviously want to trap people into the addiction, so that they can make big money. As such, they give out free drugs, or they ‘spike’ drinks or lace food with some drug. Once the person is addicted, he will make sure, he gets the drug in whichever way he can … and in many instances, this continues until the person destroys himself. The enemies of Islam work far more shrewdly. We are offered the drug of Dunya in the guise of Dien. We are offered the drug of Kufr in the guise of Imaan. We are offered the drug of Fisq and Fujur in the guise of Islam. We become so addicted that we lose our spiritual senses. Spiritual “rehabilitation” is possible when there is acknowledgement of our weakness, when there is remorse and regret. However, when there is denial and justification, we will not be able to overcome our spiritual sicknesses. The need is sincere Taubah, rectifying our affairs, and coming back to what is pure Imaan and Islam, and staying away from whatever is displeasing to Allah Ta'ala.

Really, this worldly life is nothing compared to the Hereafter. When death visits, and the person returns to Allah Ta’ala, without Imaan, the person realises that he was here for such a short while… and destroyed himself.

On the Day of Qiyamah, people will play the blame game. Allah Ta’ala describes that day as the Day of mutual loss and gain, and mutual blaming. People will blame their leaders, blame shaytaan, blame their idols and blame everyone else … except themselves. However, those leaders will absolve themselves; shaytaan too will absolve himself. Each one is for himself and carries his own burden. We are responsible for our actions.

Not only do we have to exercise great caution in respect to our own Imaan and Islam, we have to also take responsibility regarding our children. Allah Ta'ala commands us:

“O People of Imaan! Save yourselves and your families from a fire whose fuel is men and stones…”

What are they being taught at pre-primary, primary, secondary and tertiary levels? They are exposed to so much of Haraam and Kufr … but most parents are clueless. Added to these woes, almost everyone has his or her own cell-phone, tablet, etc. … and as parents, we are generally unaware as to what they have access to and what they may be influenced by. Social media and the Internet offer a platter of vices, at the touch of a button … which often destroys Hayaa and sometimes Imaan. This is a time for Dua, concern and a concerted effort. ...Just like how we would not like to be touched by the fire of this world, and we would not like the same for our children, then to a greater extent we should seek to protect ourselves and our children from a fire which is much more intense than the worldly fire.