Recommended Duas at the End of a Deed 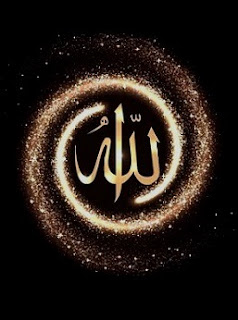 Bismillahir Rahmaanir Raheem
Alhamdulillah, Allah Ta’ala grants us the Taufeeq of carrying out different Ibaadaat. Really, it is His Kindness and Grace if we are able to do any good. We should keep in mind the words of Hadhrat Shu`aib عَليْهِ السَّلام:

If a person has established Salaah in his life, and he also makes Dua, recites the Qur’aan Sharief, keeps occupied in Zikrullah, fasts in the month of Ramadaan, sits in I’tikaaf; pays Zakaat and even gives over and above in Sadaqah; fulfils his Qurbaani; goes for ‘Umrah and Hajj and gets the opportunity to render some Khidmat of Dien, or serves the creation in some way, or does some other good deeds, then this is Taufeeq from Allah Ta’ala, for which a person should be grateful and humble.

For the culmination and fruition of our efforts, we should try to see our actions through, with the following recommended Duas. Of course, we should formulate noble intentions; the most important being that we are seeking the Pleasure of Allah Ta’ala. We should commence any work or good deed with the name of Allah Ta’ala (Bismillah / Bismillahir Rahmaanir Raheem). This invites the wonderful blessings of Allah Ta’ala and facilitates great goodness. We should also establish our deeds upon the Sunnah.

At the completion of our work or of any good deed, we should try to read the following five Duas:

This is the Dua of Hadhrat Ibraheem (Alaihis Salaam) when he built the Ka’bah Shareef. …Who can bring more Ikhlaas (sincerity) than a Nabi of Allah Ta’ala? Who can bring a more pure intention? What a great undertaking, yet look at his humility in asking Allah Ta’ala to accept from him. We should take lesson, do likewise and adopt the same humility. Often, our intentions are tainted by nafs and shaytaan … and we find that Riyaa (ostentation) or Ujub (conceit) or Takabbur (pride) steals into our hearts. So together with repeatedly correcting our intentions – before the Amal, during the Amal and at the end of the Amal – we should read this Dua as well.

“Taqabbal” actually means and signifies that whatever we did is not worthy of acceptance. We ask Allah Ta’ala, that He, out of His Kindness, accepts it, despite our failings and shortcomings.

(That which Allah wills! There is no power but with Allah)

Hadhrat Anas (Radhiyallahu ‘anhu) had related that Rasulullah (Sallallaahu ‘alayhi wasallam) said: “When Allah blesses someone with a bounty, be it with regard to his family, wealth or children and he says ‘Masha-Allahu la Quwwata illa Billah‘, no harm (including the evil eye) will come to it except death.”[1]

Hadhrat Moulana Idris Kāndhlawī (Rahmatullahi ‘alayh) had explained that on whatever Ni’mat this is read (that is, Masha-Allahu la Quwwata illa Billah), that Ni’mat will, Insha-Allah, not be taken away.

Hafez Ibn Katheer (Rahmatullahi ‘alayh) had said: “Some of our Aslaaf (pious predecessors) had taught: When one is amazed at his condition, wealth or children, he should recite: Masha-Allah la Quwwata illa Billah.” …And thereafter said that this is derived from the verse in Surah Al-Kahf (verse: 39).

Allah Ta’ala has given us so many gifts: spiritual, physical and material. Our Imaan and Ibaadaat are priceless gifts and bounties; our health, wealth; our families, children, business and so forth are all bounties from Allah Ta’ala – all of which pleases us. So we should read this Dua. Allah Ta’ala will preserve them, Insha-Allah. Of course, for safety and preservation of Allah Ta’ala’s bounties, we have to also stay away from sins. Sins deprive us of Barakah and invites tremendous loss.

In saying: “La Quwwata illa Billah” which means: “There is no power and strength but with the help of Allah,” there is admission and affirmation that on our own, we are unable to do or achieve anything. We are 100% fully dependent on Allah Ta’ala. This is Abdiyyah (servitude), which Allah Ta’ala loves from His servant.

(Translation: All praise and thanks are only for Allah, the One who, by His blessing and favour, perfected goodness/good works are accomplished.)

By reading this Dua, we are acknowledging that whatever is accomplished is from Allah Ta’ala. It includes the Shukr and Praise of Allah Ta’ala, which will earn us the pleasure to Allah Ta’ala. These noble qualities signify one’s Abdiyyah before Allah Ta’ala - that we recognise the Giver; praise Him and increase in submission to Him. ...A person can achieve great things and the world can praise him, but with the Barakah of this Dua, pride will not enter his heart. He will be protected from pride and conceit because there is the understanding that whatever good has been done is from Allah Ta’ala, on His Taufeeq.

Hadhrat Ayesha (Radiyallahu anha) had said: “When Rasulullah (Sallallaahu ‘alayhi wasallam) saw something that pleased him, he would say: ‘Alhamdulillahil- lazee bi ni’matihi tatimmus Sawlihaat’, and when he saw something that displeased him, he would say: ‘Alhamdulillah ‘alaa kulli haal’ (All praise and thanks are only for Allah in all circumstances).”[2]

(Translation: “O Allah, You are pure; all praise is for You and I testify that there is none worthy of worship besides You. I seek forgiveness and pardon from You.”)

This was to teach us how to seek forgiveness for our lapses, which are unintentionally committed during a gathering or conversation. There was no scope for Rasulullah (Sallallaahu ‘alayhi wasallam) engaging in anything futile, useless or vain. By contrast, we find constant mistakes and shortcomings in our speech and actions. So if we read this after our good deeds as well, Insha-Allah, Allah Ta’ala will forgive us our mistakes and wrongs in that good deed or during that gathering.

Hadhrat Ayesha (Radiyallahu anha) had said that Rasulullah (Sallallaahu ‘alayhi wasallam) did not sit in any gathering, did not recite the Qur’aan Shareef and did not perform Salaah without concluding by saying:

Allah Ta’ala takes the good deed or gathering as a pure Amal and places a seal on it… a Khatam (seal) on it; and the reward is for the individual. To understand: Take the example of a person who writes a Kitaab or an article. He then hands it to his Ustaadh, for him to check and correct for any mistakes. Similarly, by reading this Dua, whatever errors were in there, are corrected.

...It is mentioned that the person who sincerely recites the Qur’aan Shareef and struggles in its recitation, Allah Ta’ala appoints an angel to make his recitation correct and then bring it to Him. Of course, we must try and improve in our recitation of the Qur’aan Shareef and not be complacent. However, this is Allah Ta’ala’s kindness that He mends our broken efforts; corrects our errors and instead of our defective and spoiled deeds, Allah Ta’ala converts it to something complete and whole so that we can secure the rewards. Allahu Akbar!

Rasulullah (Sallallaahu ‘alayhi wasallam) used to recite these Aayaat after the completion of Salaah. It has been mentioned that the person who reads this, three times after Salaah, will obtain the full reward of his Salaah.[4] In the Tafseer, Ma’ariful Qur’aan, Hadhrat Mufti Muhammad Shafi (Rahmatullahi ‘alayh) related that Hadhrat Ali (Radhiyallahu ‘anhu) had said: “Whoever wishes to have the best of return, filled to the brim, on the Day of Judgment, should recite this at the end of every sitting attended.”

The reward of the Amal will be magnified and increased immensely.  Insha-Allah, we will, through the blessings of these Aayaat, secure a greater measure of rewards. May Allah Ta’ala grant us the Taufeeq of good deeds with Ikhlaas, accept from us and forgive us our shortcomings. 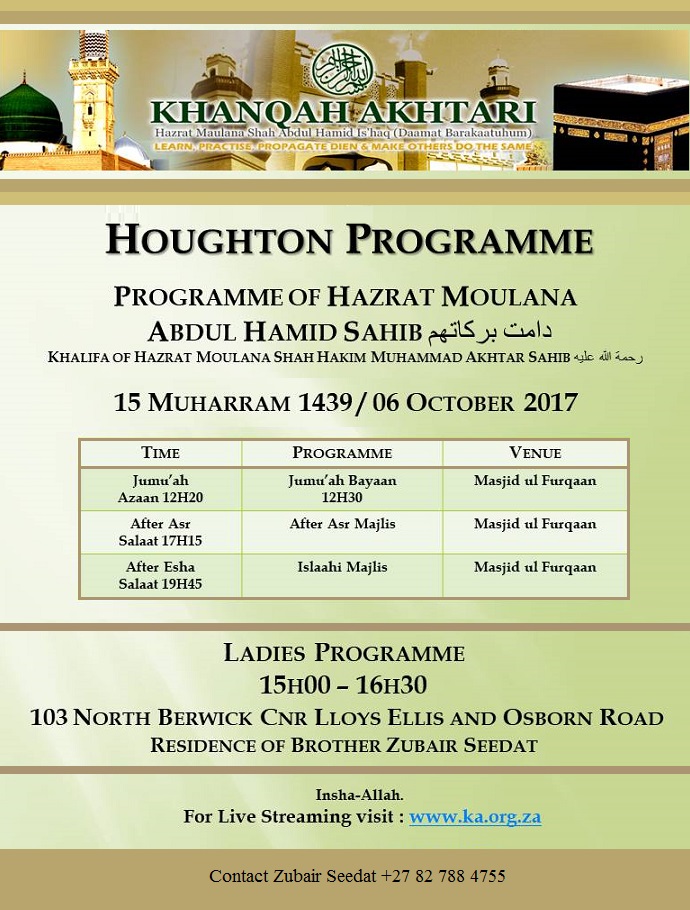