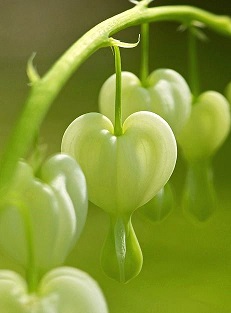 There are two very easy deeds by which Allah Ta’ala draws His servant to Him, makes his complete Tarbiyah and Tazkiyah, remedies his weaknesses, assists him in good deeds and makes easy his affairs of Dunya and Aakhirah.

…Our Sheikh, Hadhrat Moulana Hakeem Muhammad Akhtar Saheb (Rahmatullahi ‘alayh) had related many times, an incident of a beggar who was elevated to the highest position in the land; becoming a king.

In a certain land, a king had passed away. The ministers and court officials could not decide on a new king and finally agreed that the first person to come to the gate of the palace in the morning be accepted as the king.

Allah Ta’ala destined that the first person to come to the palace was a beggar – and such a beggar whose predecessors of seven generations were all beggars.

Nonetheless, the decision had been made and the beggar was crowned king. In their first assembly and consultation, various matters were discussed regarding the country – and the new king made decisions and gave instructions which left the ministers and nobles amazed. The king's decrees were in conformity with excellent administration.

The new king also carried himself with the grace of a king and followed royal etiquette as if he was born and brought up in royalty. On completing the day’s consultations, he instructed for two servants to take him to his room.

One of the nobles enquired of the king: “O King, we happily accept you as our King but please explain to us this astonishing ability and proficiency you have now, as a king, when you come from a family where seven generations were beggars?”

The new King replied: “That Allah who gave me crown, throne and kingdom has the power to also grant me the ability to fulfil my responsibility.”

…Everything is in the control and power of Allah Ta’ala.

In Surah Al-Anfaal, Allah Ta’ala discusses the battle of Badr and how Allah Ta’ala responded to the Dua of Rasulullah ﷺ.

“When you were calling your Lord for help, so He responded to you (saying) : “I am going to support you with one thousand of the angels, one following the other.”
[Surah Al-Anfaal 8 : 9/10]

We read that the Malaa’ikah descended from the heavens and fought on the side of the Muslims, assisting them against the disbelievers.

The Malaa’ikah are made of Noor. They are not like human beings. They do not have fights. They have no nafs and are sinless. However, on Allah Ta’ala’s Instruction, they descended to fight on the side of Rasulullah ﷺ and the Sahaba-e-Kiraam (Radhiyallahu ‘anhum).

“When your Lord revealed to the Angels: I am with you. So, make firm the feet of those who believe. I shall cast awe into the hearts of those who disbelieve. So, strike at the necks, and strike at every finger-joint of theirs.”
[Surah Al-Anfaal 8 : 12]

A Sahabi (Radhiyallahu ‘anhu) had related: “On the day of Badr, those slain by humans could easily be distinguished from those killed by the angels. The slain of the angels had dark fire-scars on their necks and finger tips.”[1]

These are two examples of how Allah Ta’ala bestows specific qualities as and when they are required. Similarly, adopting certain qualities, become a means for great spiritual progress and success.


Whilst there are many qualities, two qualities came into my heart to discuss. If a person adopts these two easy qualities, Allah Ta’ala will grant all the requisite qualities to make the person His Wali (Friend).

“…if you are grateful, I will most certainly increase for you (My favours) but if you show ingratitude, verily! My punishment is indeed severe.”
[surah Ibraheem 14 : 7]

Shukr is to be thankful of Allah Ta’ala’s Ni’mats (bounties) and to utilise them in His obedience and to seek His pleasure.

…Presently, we are complaining about the lack of rain. Indeed, the water shortage is a cause for great concern. We are desperately in need of water. We are humans; we are weak; we are in need. However, we lose focus of the other great, great bounties. This is sadly our reality. In our conversations, we usually present our complaints and grievances… but overlook the innumberable bounties being showered upon us 24/7. Alhamdulillah, we are still alive and are recipient to so many blessings and bounties.

The water shortage that we are experiencing is due to our own actions. Non-payment of Zakaat as well as various other sins result in drought conditions. This is what we learn from the Ahadith.

It is for us to change our ways; engage in sincere Taubah and Istighfaar.

People ask: “How is it that Allah Ta’ala is not sending rain – when He is the Most Merciful and Most Compassionate?”

Our Mufassireen and 'Ulama have given an example of the head of the family - the father:

A father brings up his son with love and care. When he reaches a certain age, he brings him into the business, delegates certain responsibilities to him and tells him that if he works hard, he will reward him handsomely: give him a good salary, provide a car, provide him with everything and see to everything. The condition is that he must play his part and work.


Instead of working, the son even denies that his father is his father.  He says: “You are not my father! Why should I work?”

One can imagine how angry the father would be: “You don’t even accept me as your father?!!”

Our condition is no different; in fact, it is worse. We may not say it with our tongues, but our actions speak very loudly. In our actions, we do not sincerely and genuinely accept Allah Ta’ala's Commandments! ...If we look at the Ummah at large then we find that we do not make any effort to obey and please Allah Ta'ala.

As our Creator and Sustainer, Allah Ta'ala very lovingly nurtures us and takes us through all the phases of our lives. Allah Ta’ala also gives us a job description. We are not here for play and amusement. We have work to do. On doing our work and fulfilling our duties, we will be rewarded handsomely - in Dunya and Aakhirah.

...Today, we believe in scientific research, in the weather reports, in global warming – but we do not care to know what Allah Ta’ala says.

And Allah Ta’ala informs us:

“And whatever affliction befalls you, it is on account of what your hands have wrought, and (yet) He pardons most (of your faults).”
[Surah As-Shuraa 42 : 30]

“Corruption has appeared in the land and the sea on account of what the hands of men have wrought, that He may make them taste a part of that which they have done, so that they may return.”
[Surah Ar-Rum 30 : 41]

Hadhrat Mufti Muhammad Shafi (Rahmatullahi ‘alayh) had quoted from the author of Ruhul Ma’ani, in respect to the second Ayah, that 'Fasaad' indicates to all kinds of calamities: famine, drought, earthquakes, floods, epidemic diseases, lack of blessings, losses in businesses …and we can say, all the disasters and catastrophes that we witness today.

The cause is our sins.

We also learn that these forms of punishment are only in respect to a few sins. If we were to be punished for all our sins, there would be nothing left of mankind.

Allah Ta’ala forgives and loves to forgive and loves to bestow His Blessings also. These afflictions are a means of returning to Allah Ta’ala’s obedience. So these hardships are a Rahmah (Mercy) if only we would take understanding.

We should keep in mind that it is due to our sins that even the animals, birds, fish and other creation suffer.

THE REWARDS OF SHUKR

In respect to Shukr, if we are grateful, Allah Ta'ala will increase His Bounties. Allah Ta'ala highlights this noble quality and its rewards in the Qur'aan Sharief.


Allah Ta’ala mentions the immense reward in the form of Hikmah (Wisdom) which was given to Hadhrat Luqman (‘Alaihis Salaam), on his noble quality of being grateful:

"And certainly We gave wisdom to Luqman, saying: Be grateful to Allah. And whoever is grateful, he is only grateful for his own soul; and whoever is ungrateful, then surely Allah is Self-sufficient, Praised."
[Surah Luqmaan 31 : 12]

Allah Ta’ala’s Sifah of “As-Shakoor” (Appreciating) is also evident in that a Surah is named after Luqman and his story is related in Allah Ta’ala’s Kalaam.

“Verily, Ibraheem was an Ummah (a leader having all the good righteous qualities), devoutly obedient to Allah, (and) true in Faith and he was not of those who associate others with Allah. (He was) grateful for His favors. He (Allah Ta’ala) chose him and guided him to a straight path.”
[Surah An-Nahl 16 : 120/121]

It is mentioned in Tafseer, Ma’ariful Qur’aan, that when this verse was revealed, Rasulullah ﷺ recited this verse and said: “There are three actions; whoever accomplishes them would achieve the same excellence as was bestowed on the family of Dawood.”

The Sahaba-e-Kiraam (Radhiyallahu ‘anhu) asked: “O Rasulullah ﷺ. What are these three actions?”

“And the servants of (Allah) Most Gracious are those
who walk on the earth in humility…”
[Surah Al-Furqaan 25 : 63]

Rasulullah ﷺ said: “Whoever humbles himself for the sake of Allah, Allah elevates him.”[2]

On humility, Allah Ta’ala will make the person, high. But he has to make himself low or humble for Allah Ta’ala – and not for elevation.

In the Duas of Rasulullah ﷺ, we learn:

Haaji Bhai Paadia (Rahmatullahi ‘alayh) would say very beautifully: “Be a Mr Nobody and do the work of Mr Everybody.”

When we recognise that we are truly underserving of all these bounties, Tawaadhu will be cultivated. If not, pride will be nurtured in the heart. And the Hadith makes mention that a person, who has a tiny grain (or an atom) of pride in his heart, will not be admitted into Jannah.[3]

If a person dies with pride in his heart, not having made Taubah for such a major sin, and if Allah Jalla Jalaaluhu does not forgive him, it will have to be burnt out in the fire of Jahannum. May Allah Ta'ala protect us all.

In these days, we find so much of pride. Arguments between husbands and wives, fights, breaking off of family ties, etc. all stem from this malady of pride. Bring humbleness into the heart.

On these beautiful, easy qualities of Shukr and Tawaadhu, Allah Ta’ala will grant us all good qualities and make us His Friends.

May Allah Ta’ala grant us the Taufeeq of Amal.