Three Advices from a Priest who accepted Islam 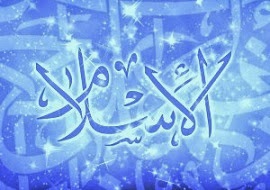 When we were in Jamaat, in about the year 1400 Hijri (1979), we met an elderly priest, who had accepted Islam. He was about 80 years of age and was from France. Prior to his acceptance of Islam, he was drawn to and loved Islam and the Muslims very greatly and very dearly. On that basis, he built a Masjid for the Muslims in his locality, since the Muslims had no place of worship.

On completion of the Masjid, he handed the keys of the Masjid to them so that they could establish their Salaah in congregation. …Sadly, as is common, those Muslims began to fight amongst themselves as to who would be the chairman, the secretary, etc.

The priest then took the keys back and said to them: “I did not have the Masjid built for arguments and fights. I had it build for the Ibaadah (worship) of Allah (Jalla Jalaaluhu)!”

Alhamdulillah, Allah Ta’ala opened all doors for his Hidayah (Guidance) and he accepted Islam. On meeting him, he shared with us three special advices. They were: 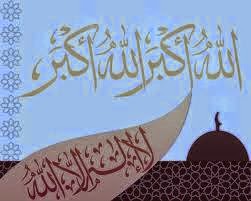 “NEVER GIVE UP THE AZAAN. …Wherever you are, always call out the Azaan. You people do not know what effect the Azaan has on Christians! We enjoy hearing the words of Azaan!"

Of course, this does not mean that we increase the volume of our mike-systems and wake up the entire neighbourhood at the time of Fajr. There must be consideration also for the non-Muslims, who will be sleeping.

At such a time, the mike system should not be used. Disturbing them – especially in the early hours of the morning, when they are asleep – creates animosity towards Islam and Muslims. They then object to us having Masaajid and having our programmes, because of our inconsideration. Then we are a poor reflection of the noble teachings of Islam! May Allah Ta'ala guide us and give us the understanding. 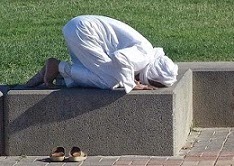 “ALWAYS PERFORM YOUR SALAAH – WHEREVER YOU ARE! …Whether it is the Masjid, at a filling station, railway station, airport terminal, etc., perform your Salaah. …The postures of Salaah have a tremendous effect on our hearts. The Ruku – the posture of bowing down, and the Sajdah – the posture of prostrating, impacts upon our hearts greatly.”

…On one occasion, after spending time with my Sheikh, Hadhrat Moulana Hakeem Muhammad Akhtar Saheb (Rahmatullahi ‘alayh), I was returning home from Nigel. Since the Salaah time had set in, I stopped at a filling station and read my Salaah on one side. After completing the Salaah, the petrol attendant came up to me and asked me: “What were you doing?”

I explained to him about Salaah and he responded: “This is wonderful! I love it! I will also do this every night before going to bed!”

On another occasion, when returning from Durban, by air, we arrived at sunset. When I entered the terminal building of the O.R. Tambo airport, I completed my Maghrib Salaah, on one side. Not aware, but the security guard was observing me all the time. After the Salaah, he approached me and enquired from me as to what I was doing.

Again, I explained to him that I was praying, etc. He also expressed his great appreciation at such a wonderful prayer, with such beautiful postures! Sadly, we do not appreciate what Allah Jalla Jalaaluhu and His Rasul (Sallallaahu alayhi wa sallam) have given to us, of this beautiful and perfect Dien!

The enemies of Islam, understanding the effect of our Salaah, have deliberately accommodated us with prayer rooms at airport terminals and other places. This is with the intention that our prayers be concealed and hidden away from the people; otherwise the Salaah, on its own, is a great means of Da’wah and invitation to Islam. We think it is a noble gesture that they grant us facilities for Salaah but the reality is that they do not want our Salaah to be seen – because of its great influence and sway on hearts!

The third advice given by the elderly French Muslim was: 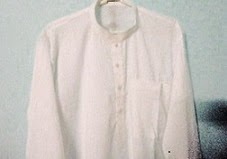 “NEVER GIVE UP YOUR ISLAMIC DRESSING. ...You do not realise it, but this dressing leaves a deep impression on our hearts and has a very great influence upon us! …The Sunnah Libaas and the beard have always been the dressing of the Men of Allah and its beauty and Noor draws hearts…. The same effect is found when seeing the Muslim women covered in their modest and concealing dressing (that is, the Hijaab and Niqaab).”

These were the advices of a learned priest who had accepted Islam. He was not making any assumptions. He was presenting these advices from experience and observation.

Many first hand experiences prove these same advices to be so true.

Subhanallah! They have such admiration and appreciation for this honourable dress. Sadly and most unfortunately, we Muslims have lost our spiritual bearings and are taken with the immodest fashion and dress of the non-Muslims!

On the morning of one Jumu’ah, I went to have a look at the different washing machines. In one shop, there were two very elderly white ladies, who belonged to the church. When I entered the shop, they were so taken by my dressing – the Kurta Libaas - that they virtually made Tawaaf around me and with much regard, joy and amazement, they expressed their great appreciation at the dressing.

Really, Allah Ta’ala has blessed us with extremely great favours, but we just take them for granted; otherwise we show such ingratitude that we totally discard this beautiful way of life of Islam for a rotten life which the enemies of Islam are also sick and tired of!

However, Moulana was persistent, and so they went, and as they approached the house, the Afrikaner people called them. These Muslim brothers were sure that they would be laughed at and teased. …But what did they say?!

They said: “As long as you people dressed like this – in the way of your Messenger (Sallallaahu ‘alayhi wasallam) - we had great respect for you people. …When you would do hawking, we invited you into our homes, and gave you coffee to drink, since you would not have eaten our food. We gave you places in our homes to sleep and called you Abraam (a term of great respect for the followers of Hadhrat Ibraheem (Alaihis Salaam)). However, when you started dressing like this, pointing to the other people, in shirt and trousers, we lost all respect for you people and started calling you 'koolies' (a very derogatory term)!”

She asked to have an interview with Aapa and asked for details about the Islamic dressing and how Aapa managed to wear this kind of dress, etc. Alhamdulillah, at the end of the conversation, she accepted that this is the most ideal, the safest and the perfect way of dressing for a woman. 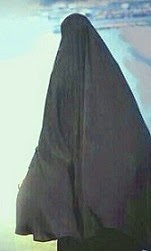 The same lady also told us that around that time, about 1972, the ruling Nationalist Government was considering giving Muslims, more rights, for their honourable character and values of life. However, for various reasons they found it difficult to implement.

In those days, there were only a very few Muslim ladies wearing the Burqah and were fully covered. To the best of what I can remember, in those days, where we lived, Aapaa was the only Muslimah in Hijaab and Burqa. Later, I came to know that Moulana Sulaiman Aananwi’s (Rahmatullahi ‘alayh) wife was also in Hijaab; fully covered. Thereafter, it was mentioned of a certain lady, in Natal, who also dressed in full Hijaab and Burqa.


These are just a few incidents, and others have had similar experiences. People have accepted Islam on hearing the beautiful Azaan, seeing the humility of Muslims in Salaah, and the noble postures of Ruku and Sujood. People have accepted Islam on seeing the dignified dressing of the Muslim – but we who are Muslims do not have that kind of spirit and zeal to implement the same in our lives. We do not have that concern of being flag-bearers of Islam and of the Sunnah. Yet, if we did, then without any speeches, we would be giving Da’wah and inviting the world to Islam, wherever we went! If only we ourselves appreciated!

May Allah Ta’ala give us the understanding, the concern, and the Taufeeq of practising on Dien, entirely. And may Allah Ta’ala make our practice of Islam a means of Hidayah for whoever comes into contact with us. And nothing is difficult for Allah Ta'ala.