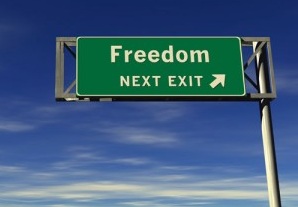 Bay`at can be described as a kind of captivity, with a unique outcome. That outcome is Freedom.

Strange as it seems, it is a reality, and will be the experience.

Reflecting over this point, we will come to understand that there is freedom in captivity. We will also come to realize that there is captivity in freedom.

As an example: If a student is in the 5th year, and lives in “captivity” of his studies: strictly attending classes, diligent in completing his homework and sincere in his efforts, that student gets “freedom” - meaning, he is the successful one because he passes ‘with flying colours.’

As for the student who lives in freedom: He does not attend classes, he is indifferent to his studies, and makes no effort to complete his homework, then he becomes ‘captive’ in that same class - meaning, he fails. He does not make the grade, and does not qualify.

In a similar vein, the captivity of Bay`at will free us and will be a means and medium of our success, in both worlds, Insha-Allah – since Bay`at also serves to remind us of our allegiance to Allah Ta’ala and Rasulullah (Sallallaahu ‘alayhi wasallam), which we have pledged with the Kalima, “La ilaaha illallaah Muhammadur Rasoolullah".

We should not fear losing our freedom with Bay`at; rather, we should trade our freedom for this ‘captivity’ and experience true freedom.

Moving outside this example, we find the well-known Hadith, which conveys this reality, on a different level; in the context of Dunya (the material world) :

Rasulullah (Sallallaahu ‘alayhi wasallam) said: “The world is a prison for the Believer and a paradise for the disbeliever.”[1]

Here, we find that choosing ‘captivity’ (in Dunya) opens the Door to everlasting freedom in Aakhirah[2] (i.e. Jannah[3]). Choosing ‘freedom’ (in Dunya) leads to captivity in the Aakhirah (i.e. Jahannum[4]).

May Allah Jalla Jalaaluhu grant us the understanding.